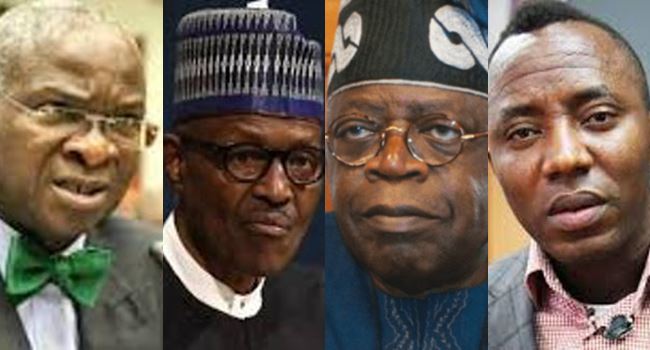 Nigeria is not cursed with hurricanes and tornadoes. But October’s #EndSARS protests finally cut across the country like a devastating Tsunami that shook the entire landscape and left sorrows, tears and blood in its trail.

It all started like a gentle ocean breeze after the country turned 60 on October 1. Tons of young Nigerians left the comfort zone behind their keyboards and smart-phones to file through the streets for a peaceful protest aimed at highlighting and terminating years of brutality their generation suffered from a dreadful arm of the police that operated like the Gestapo in Adolf Hitler’s Nazi Germany. The dangerous excesses of the Special Anti-Robbery Section (SARS) section of the Nigeria Police had reached a crescendo and time had come to send it to hell. Previous outcries had pushed authorities to rechristen SARS as FSARS. Even then, the leopard merely changed its spots but maintained its killer instincts. It arrogantly strutted through Southern Nigeria’s landscape especially, carrying out extralegal and extrajudicial maltreatment of young people on the flimsy excuse of being suspects of fraud, “Yahoo Yahoo,” “419” and scams. This was poles outside SARS’s core mandate to confront armed robbery and violent crimes. Human rights abuses reigned in the dark cells of SARS, with officers commercialising their mandate in the most brazen and undignified manner.

However, the classiness and decorum of the #EndSARS conversation soon dissipated. In Abuja, counter-campaigners under the aegis of #ProSARS trooped out to unleash mayhem on #EndSARS protesters, spreading death and destruction to not just the young elements but to Southerners and their businesses. They attacked the campaigning youth, injuring and killing a good number. Characters suspected of having links with the government amplified this lawlessness by launching a jailbreak on two prisons in Edo State. Things went downhill from that point on.

The Lagos Governor pressed the panic button by declaring a 24-hour curfew on Tuesday October 20, which quickly became the trigger for the Tsunami that spiralled from the coastal state and mushroomed into an unbelievable nationwide mayhem. Youth, gathered to observe the curfew at their usual Lekki Tollgate rendezvous, came under gunfire attack from soldiers ostensibly invited by Sanwo-Olu. This revolution was televised! Miniature cameras of countless phones beamed the sacrilege on social media worldwide. How could the Nigerian Army launch an unwarranted, deadly attack on peaceful flag-waving, anthem-singing youngsters protesting peacefully?  It provoked a Tsunami of outrage and anger. The tidal waves slammed into several commercial buildings in the vicinity and the entire state, and fanned into a nationwide blizzard of record-breaking violence this nation had never known. By the time the smoke died down, no fewer than 205 police stations had been razed down and 22 cops slain. The storm plunged Lagos N1 trillion in the red for damages suffered. A yet imprecise statistics of dead and injured #EndSARS campaigners and ordinary citizens is still being compiled.

Doing a cause-effect analysis, which politicians have been hardest hit by this #EndSARS Tsunami? How will the entire episode likely define the political future of these politicians?

In the end, this revolution exploded without the Revolutionist. Sowore, 49, former students leader and Publisher of the online news medium SaharaReporters will rate as the revolutionist who missed the revolution train. For a man currently facing treason charges for organising the September 2019 #REVOLUTIONNOW campaign in which his group demanded an end to bad governance, the #EndSARS campaign turned anticlimactic. Soon after the protests began, Sowore launched envy-laden, sour-grapes tweets in which he levelled accusations about organisers making billions in negotiations to shelve the campaign. When he finally appeared at the campaign ground in Abuja, protesters heckled him. The Revolutionist had no choice but elope from the scene. The youth leader suddenly became an outcast in his home constituency.

APC’s National Leader lost more than property in this entire episode. Tinubu tumbled in the very eye of the storm. Many suspect the Jagaban of Borgu to be the unseen hand that micro-managed his protégé, Sanwo-Olu, into inviting the Army on that fateful night. Haters, also, credit Asiwaju with instructing his son Deji’s agency to switch off its gigantic advert klieg-lights that every night illuminated the Lekki tollgate arena. In the wake of the Lekki bloodshed, irate Nigerians proceeded to set fire to two of his media outfits, Television Continental and The Nation newspapers. While reacting to the incident on the day he paid the Governor a sympathy visit, Tinubu spoke in an ad lib interview that nearly landed him in trouble. However, his speechwriters would later do a yeoman’s job the following day, churning out a statement that rendered him more sympathetic and empathetic. But will such efforts be enough to deodorise the stench from a man regarded as the most contaminated by this entire saga?

The separatist Indigenous People of Biafra (IPOB), with an already sagging reputation, dived further south in this episode. IPOB members were also fingered in the killing of four police officers and six soldiers in the Rivers State community of Oyigbo, where a police station and court were also torched. All this represented a new low for an organisation that the Federal Government of Buhari had labelled terrorist in the past. However, Wike slamming Oyigbo with an extended 24-hour curfew and unleashing the military dogs of war on its hapless residents, themselves victims in the entire IPOB saga, brought him opprobrium in the public eye, especially in view of the resultant humanitarian crisis.

The Vice President would have been the humane face, the poster boy for the government, as he swayed with the emotional swing of the #EndSARS movement, making the right noise at the right time. When the campaign broke, opposite to the reticence of his principal, the Professor of Law acclaimed citizens’ right of expression through public protests. And when the shockwaves of the Lekki tragedy slammed into the psyche of an incredulous nation, Osinbajo immediately expressed sympathy with the victims. But his saintliness plays second fiddle aboard a pirates’ ship; and signals from the social media indicate that Osinbajo may have been ruled “guilty by association.”

Talk about the sympathiser who outshone and out-wept the bereaved. The former Lagos State Governor and incumbent Minister for Works and Housing would have escaped unscathed in the whole saga but for a courtesy visit he made along with some South-West politicians to Lagos. The visiting team arrived at the Lekki Tollgate and at an open spot, Fash “discovered” a camera that he gingerly picked with a towel and handed over to accompanying security operatives. Going by the mocking skits and comedy videos over the SAN’s latent detective talent, Fashola’s unconvincing discovery has proved a faux pas, a blunder, a booboo, a giant blot on a man touted as a possible presidential material.

Under the Commander-in-Chief, the revolution was indeed televised, and neither President Buhari nor his handlers can get the world to “un-see” the already seen.  Many hold the Civil War veteran responsible for replicating China’s Tiananmen Square Massacre and South Africa’s Sharpeville Massacre in Nigeria. In the wake of the #EndSARS campaign, Buhari came under harsh criticism for his failure to address the protesting youth nationwide. And when he eventually did, post-massacre, he turned dumb over the Lekki shootings. The initial silence he maintained on the matter and the supposition that only he as the Commander-in-Chief could give the Army marching orders to mow down protesters placed Buhari’s neck on the slammer. Considered even worse is that government, through the regulator, the National Broadcasting Commission (NBC), clamped down on Channels and Arise television stations for their coverage of the protests. Many feel that Buhari lost a golden opportunity to wind up on the right side of history as a Democrat, capable of tolerating open protests against his regime, just like his predecessor suffered from him.

Governor Babajide Sanwo-Olu, 55, could easily have clinched the medal of “Hero of the #EndSARS Demonstration,” going by the way he and his cabinet embraced the campaigners at the beginning. When protesters formed a human barrier and blocked access to his office at Alausa, Ikeja, the Lagos Governor and his Deputy Governor gallantly waded into their midst and engaged the youth. Following this, he instantly jetted out to Abuja to submit their requests to the President, the first and perhaps the only Governor known to do so. However, his patience appeared to have worn thinner and thinner with each passing day. On 20/10/2020, that Black Tuesday, being the 12th day of the protest, Sanwo-Olu called in the Military. Soldiers stormed the darkened place and indiscriminately fired live bullets at protesters. The Governor reported two dead. Protesters insist there were more. Initially, he denied calling the Military, but when he failed to recant, the Military high command let the cat out of the bag: His Excellency had indeed invited them to dislodge the protesting youth from the tollgate. It was a fatal error. The entire episode has painted Sanwo-Olu as a liar, a Janus-faced hypocrite and a murderer by proxy –rightly or wrongly so.

If the events of this last fortnight had taken place in the developed world, the political careers of politicians found on the wrong side of the #EndSARS Tsunami would by now be gasping for their last breath. But then, this is Nigeria.

LATEST TECH NEWS: ServiceMyCar launches with US$311k seed funding. 2 other things and a trivia you need to know today, November 16, 2020