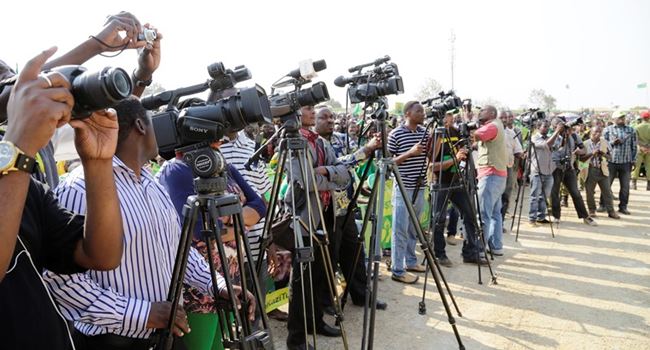 Nigeria on March 2, got delivered its first batch of the Oxford/AstraZeneca COVID-19 vaccines, becoming the third country in Africa to get the shots through the COVID-19 Vaccines Global Access Facility (COVAX), a global scheme formed to ensure fair access to vaccination for low- and middle-income states.

An aircraft belonging to Emirate Airlines made the delivery of about 3.94 million doses of the vaccine, at the Nnamdi Azikiwe International Airport, in Abuja, part of the jabs that COVAX plans to deliver to the country over the coming months.

On March 5, the government commenced the vaccination of frontline healthcare workers in Abuja, followed by strategic leaders on March 8, whom they described as priority recipients.

The vaccine was administered to the president at about 11.52 a.m by his chief physician, Suhayb Rafidadi, while the vice president was by his physician, Nicholas Audifferen, immediately after the president received his dose. The vaccination process was streamed on live television to encourage other Nigerians to accept the vaccines.

However, journalists in the country are yet to know their stand, and could have slim chances of being vaccinated in the first phase, even when they are literally regarded as frontline workers.

On Monday, March 8, the Secretary to the Government of the Federation (SGF), Boss Mustapha, received the COVID-19 vaccine with other members of the Presidential Task Force (PTF) on COVID-19.

In all, only four journalists, Friday Okeeregbe of Channels Television; Hassan Tukur of Liberty Television; Nancy Oyediyaurum of Africa Independent Television and Rahila Lassa of Voice of Nigeria were vaccinated in the live broadcast, and came in a representative manner.

Meanwhile, in Zimbabwe, over 2,000 journalists were included on the COVID-19 vaccination priority list alongside 60,000 frontline health workers who were to be vaccinated before the general public.

The country received a donation of 200,000 doses of the Sinopharm vaccine from China in mid-February.

According to a report published on IJNet, in an interview during the vaccine launch in Bulawayo, the director of the city’s Health Services Department, Dr Edwin Sibanda, maintained that journalists are frontline workers who have continued to relay crucial information about COVID-19 to the entire population, and are exposed to the virus in their quest to gather news.

“The important thing about journalists being part of the vaccination campaign is first and foremost, they carry the message to a lot of people. A lot of people rely on the information from journalists, they take it as authentic and they believe it,” Dr Sibanda said.

In Zimbabwe, the first recorded death from COVID-19 was that of a journalist, which alerted many people to the realities of the virus.

Read also: REVIEW: Okonjo-Iweala needs to clear WTO’s mess before any in-roads can be made

According to the Geneva-based organisation, the Press Emblem Campaign, more than 600 journalists died of COVID-19 in 59 countries over 10 months in 2020.

Dr Sibanda indicated it was therefore fitting that the Zimbabwean government saw it vital for journalists across the country to be prioritised, noting that once vaccinated journalists could perform their duties of informing and educating the public about the vaccines while they were protected.

Abigail Tembo, the health news editor at Zimbabwe Broadcasting Corporation, was among the first to be vaccinated at the vaccination launch.

According to her, journalists from the whole news chain (reporters, camerapersons, editors, producers and presenters), were on the line of fire as far as the virus was concerned.

According to the Ministry of Information, Publicity and Broadcasting Services in Zimbabwe, 2,497 journalists were targeted in the vaccination program.

It is still unclear how many countries would consider journalists on their priority lists, as every country defines its own guidelines for vaccine eligibility.

However, many organisation globally are asking governments to include journalists on the list of essential workers to receive the fist doses of the COVID-19 vaccines.

The International Federation of Journalists’ affiliates in Brazil, Peru and Uruguay are all advocating for journalists to be considered for vaccine priority.

In Ohio, media associations wrote a letter to the governor of the state, Mike DeWine, requesting that he considers prioritising journalists for Coronavirus vaccination.

In a letter to the governor dated December 21, 2020, the Ohio Association of Broadcasters President, Christine Merritt and Ohio News Media Association President/Executive Director Monica Nieporte asked for the consideration of journalists in the vaccine distribution.

“The media has been actively engaged in providing important information to Ohioans throughout the pandemic, reporting about health care workers and COVID-19 patients, meeting with people in essential businesses, and covering rallies, protests and public events.

“To serve as “first informers” in communities around the state, the media must interact with government officials and the public, regardless of the risks they assume,” the letter read.

A lot of journalists in Nigeria had written different articles on the poor observance of mask-wearing and physical distancing directives in Nigeria, which raised awareness about the measures put in place and its adoption.

This made Government officials reinforce warnings against disregarding the preventive measures, while medical personnel confirmed that the awareness helped stakeholders to identify loopholes that could cause more harm rather than flatten the COVID-19 curve.

Speaking with Ripples Nigeria, Senior Lecturer at the Department of Mass communication, Abia State University Uturu, Dr Innocent Paschal Ihechu, said it was vital that journalists get the COVID-19 vaccine at the initial stage, noting that it would improve the reportage of the vaccines.

He maintained that at the beginning of the pandemic, there were widespread rumours and misinformation about in the country, which ranged from claims that COVID-19 was caused by 5G wireless technology to lemon tea as a viable therapy.

He said: “Rumours circulated that the disease was a scam by the government to spread fear, and access the funds meant for fighting the virus. But if one had gone through what he or she was writing about, he or she would have had a deeper understanding.

“If journalists are vaccinated in the first phase, they would have firsthand experience and will be able to talk and write authoritatively about the vaccine and that would help close the gap of misinformation.”