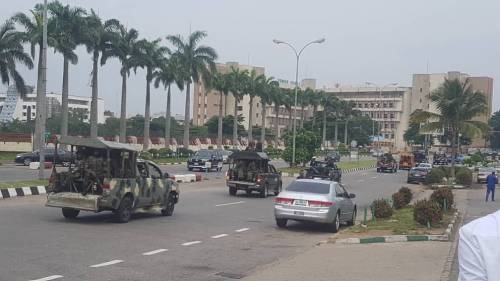 Emerging reports say that some #RevolutionNow protesters may have been arrested in Abuja as the group called out its members to match against maladministration, insecurity and corruption in the Buhari government.

Footages have also emerged of similar protests taking place in Lagos. However, no arrests have been reported.

He has been on bail, with his movements restricted to the nation’s capital territory, after being arrested and charged for treason.