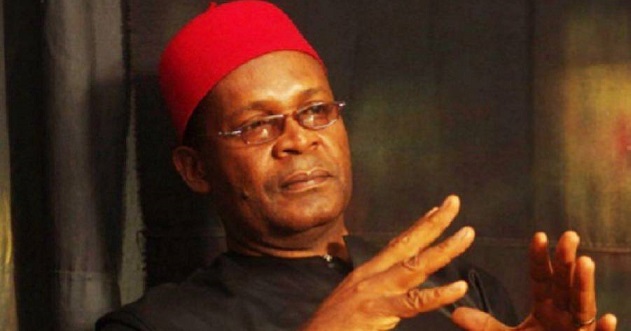 I have been prevaricating on this article. The idea has been quite compelling but not being able to ascertain the effects of my ‘rant’ made me quite reluctant at putting pen to paper.

But just this morning, I saw a report in which Mr. Igbokwe was quoted as saying that he doesn’t reckon with ethnicity and that he was a Nigerian. I refrain to quote him verbatim since I am gleaning a report that was made in the third person. This jolted me to start the ‘fight’.

Now, this appointment of our Oga who until now was the spokesperson for the ruling APC in Lagos has come to me with a bit of confusion. I have really tried to look at the position from the point of pure merit especially as I do not know the portfolio he would be assigned.

In the last two election cycles, the Igbo votes have come into prominence. The Igbos like every other ethnic configuration came into Lagos mostly for the commercial opportunities it so willingly throws up. Lagos in its characteristic manner opened up and received them whole heartedly. This is what has made Lagos the huge cosmopolitan landmark that it is. Today, the first citizen, to the best of my knowledge, is not an Indigene. This is testament to the value driven nature of the city. Once there is value, the city would reward you irrespective of which hole you just pulled out from. This has been the case since pre historic case.

However, in the last ten years, the Igbo vote has started assuming the position of a deal breaker or maker depending on which side of the table you look at or belong to. The Igbos not only control a large swath of voting blocks due to their concentration in these areas but also their republican nature which does not allow them to have a strong centre but driven by strict mercantilist positions. This have made those who control Lagos jittery because they cannot really hold on to one arrowhead who would coral the people and deliver them in one entity.

So the Igbo in Mushin would vote for the party who allows him to open his Spare Parts shop while the Igbo in Ikoyi couldn’t careless about the party in Mushin who is allowing his brothers breath but will vote for the party at the entre who reduces tariffs on the goods he is bring in. If you now juxtapose this with their numbers and their now new found ability to tilt the vote you begin to see the headache in Lagos.

This was better illustrated when a very influential traditional ruler in Lagos asked the Igbos who will not toe the line to jump into the Lagoon. The beautiful thing about democracy is that the contending forces in the state realizing this have put in place policies to curry their votes and support. This must be appreciated although during the last election there were dark patches where some igbos were attacked. But that was neither here nor there and cannot be seen beyond some mis- guided ill lettered hooligans running amok instead of an organized state endorsed attack.

That said, the Igbo vote will continue to gain weight as Lagos continues to grow its economy. Its huge potentials as a major commercial hub will continue to attract them in their thousands leading to the cry for representation amongst others. Our leaders know this, the people know this.

It was the iconic Asiwaju who appointed an Igbo man into his cabinet. In my thinking, he had come to this realization very early and he appointed a brilliant economist of Igbo extraction and kept him for all of the eight years he was in Charge. Not sure if Ambode followed suit but Sanwo-Olu has followed with the appointment of Mr. Igbokwe which now brings me to the big elephant in the room.

So, we have established the critical nature of the Igbo vote and the need to curry and control. Tinubu went for a technocrat without influence within the Igbo community most likely pushing for a symbolic push to the Igbo nation. This must have worked as the appointee was seen as the pride of the Igbo as he was hailed as one of those who designed the famed masterplan. Another Igbo and erudite Professor even attempted to parlay his work on Tinubu’s economic team into the Delta State Government House. He failed.

Today, we now have an Igbo with no known voter equity, no known weight within the Igbo community being paraded as the symbol of Igbo integration in the affairs of Lagos. So, the question I am finding very hard to answer is if this appointment is ne of building a bridge to the very critical Igbo community or a just reward to a loyal man servant who has served diligently over the years and as such must be rewarded.

Any way you want to look at it, the true position is the coming of age of the Igbo vote in Lagos and the need to always take it into consideration in policy formulation and execution. Now, how you would want to personify that in human capital inclusion in decision taking in Lagos is left to the decision taker with a keen eye on the dynamics of the state.

So, how does Mr. Igbokwe’s appointment sit within the vortex of the discussion on this article. If you ask me this is another appointment aimed at achieving a three in one. A symbolic overture to the Igbo Community, a continued attempt at the integration even though on a phyric level of the Igbo in mainstream Lagos Politics and a reward for a truly deserving ‘manservant’ who has truly served and must be rewarded at this time. My thoughts could be wrong. What do you think?