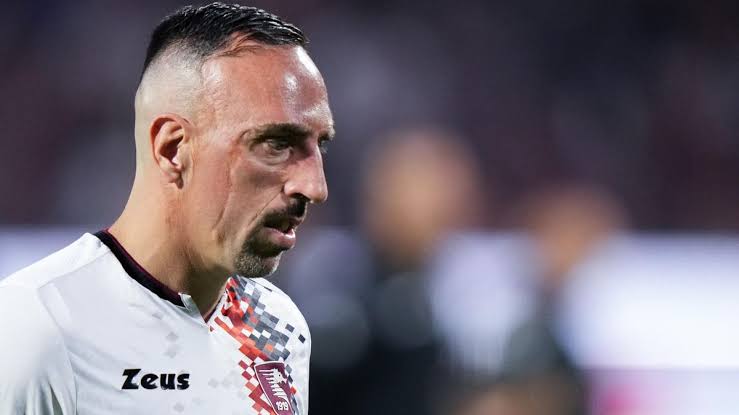 Franck Ribery, a former winger for France and Bayern Munich, has declared his retirement from the game.

After having a knee problem, the 39-year-old has ended his contract with Serie A team Salernitana.

“The ball stops, the feelings do not. Thanks to everyone for this great adventure,” Ribery wrote on Twitter.

He helped the team avoid relegation by one point, but he hasn’t played since the opening-day loss to Roma. For some weeks, there had been rumors that he might retire.

The Frenchman left Marseille for Bayern in June 2007 for £17 million, a year after being a member of the France team that lost to Italy in the World Cup semifinals.

He won the French Player of the Year award three times and played 81 times for his nation, scoring 16 goals and providing 25 assists.

Ribery announced his retirement from international competition in 2014 after missing the World Cup due to a back injury.

He left Munich after 12 prosperous years just as Bayern was named German champions for the seventh straight year.