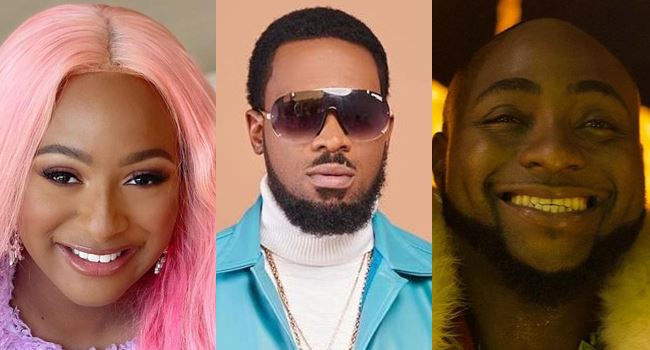 You must have heard the saying, all fingers are not equal. There are artistes who worked their way to the top and there are others who were blessed to have wealthy parents who supported their dreams and aspirations.

Often times, celebrities who are from wealthy homes keep getting ridiculed by trolls and fellow creatives primarily due to the financial privileges that they received.

Understandably so, the average Nigerian is accustomed to the daily struggles of life, in fact, some Nigerians derive joy in discussing their pain and torture, on their journey to the top.

Hence, some ask; how dare a young artiste with an epicurean background enter into a studio to share his narrative with the poor and middle-class citizens of the country.

What does a rich kid have to say?

Most Nigerian songs are themed around hustle, ambition and making it out of the streets. Out of every 10 songs, at least 7 are about making something of one’s self; attaining mainstream prominence and becoming a nobleman in the society.

On the list today, Ripples Nigeria unveils 11 artistes who have worked hard and gone on to achieve commendable success in the music industry.

Real name Ifeloluwa Florence Otedola, DJ Cuppy was born in Lagos but spent the majority of her life in the United Kingdom.

She is the daughter of businessman, Femi Otedola the owner of Forte oil and the CEO of Zenon Petroleum and Gas limited.

DJ Cuppy graduated from King’s College London with a degree in Business and Economics.

His birth name is Naetochukwu Chikwe and he is the son of political elites, Dr. Kema Chikwe and Chief Nze Herbert Chikwe. They are among the most influential politicians in Imo State, Nigeria.

Prince Adetona Adeyemi is the son of His Royal Highness, Oba Lamidi Olayiwola Adeyemi III, the Alaafin of Oyo state.

Tillaman is one of the wealthy kids in the music industry and he is doing really well.

Nigerian rapper and men’s right advocate, Lynxxx is the only son of the former Bendel state deputy governor Chief John D. Edozien.
The state was split into Delta and Edo states in 1991.

Lynxxx’s birth name is Chuka Edozien and he graduated from the University of Hull in the United Kingdom, where he obtained a degree in Business, Economics and Marketing.

Sidney Onoriode Esiri is the son of the legendary actor Justus Esiri who passed away in 2013.

Dr Sid studied Dental surgery and graduated with honours from the University of Ibadan.

Bankole Wellington best known by his stage persona Banky W was born in the United States of America and he graduated from Rensselaer Polytechnic Institute, New York.

One of the most successful entertainers in the Nigerian music industry.

Alternative singer, Tolani is the daughter of the oil magnate, Femi Otedola. She is the step-sister of the famous disc jockey, DJ Cuppy.

Tolani was born to a middle-class Muslim mother before her father, Femi married Nana Otedola. The 34-year-old songstress studied Psychology at the University of St. Andrews.

Of course, the list cannot be complete without mentioning the Omo baba Olowo (Son of a wealthy man) himself; David Adeleke.

Davido came into prominence in 2011 when he released the jam ‘back when’ featuring his fellow silver spoon breed Naeto C.

Davido has changed the face of Nigerian music since his arrival and earned his respect as one of the most bestselling artiste in this generation.

Falz The Bahd Guy real name Folarin Falana is a man of versatility and immense talent. Since his emergence in the mid-2010s, Falz has continued to dazzle with his artistic repertoire.

He is an alumnus of the University of Reading, England, having graduated with an LLB honors degree in Law.

Aside from his creativity as an artiste and showman, he is also a social activist; he was among the celebrities who spearheaded the #EndSars protest in 2020.

Naira falls to the dollar, as businesses resume after Easter holidays