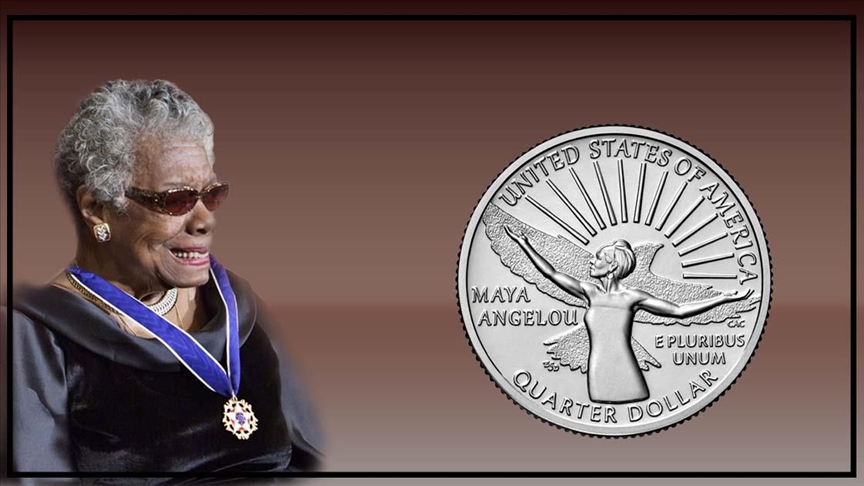 It was part of the American Women Quarters Program, celebrating prominent women in US history.

The bill was put forward by Democrat Congresswoman, Barbara Lee.

Angelou, who was born in Missouri in 1928, worked with Martin Luther King Jnr and Malcolm X during the Civil Rights Movement.

The poet, who died in 2014, was the author of I Know Why the Caged Bird Sings.

In the book, she wrote about the racial discrimination she experienced growing up.

Angelou was the author of 36 books and the recipient of more than 20 honorary degrees.

She read her poem On the Pulse of the Morning at former President Bill Clinton’s inauguration in 1992 and was awarded the Presidential Medal of Freedom by Barack Obama in 2010.

Related Topics:maya angelou
Up Next

Preacher sentenced to death for blasphemy in Pakistan