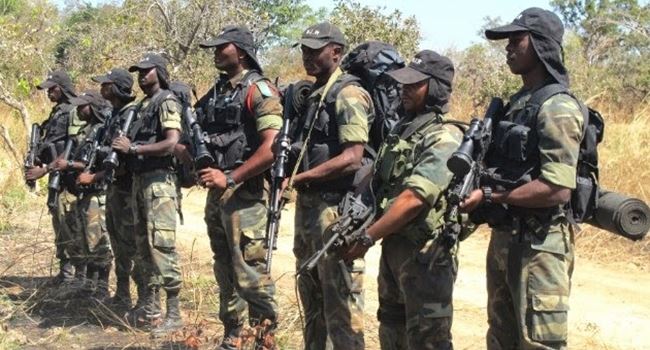 The Army in Cameroon has been accused of killing no fewer than nine civilians in the restive South West region of the country.

This was contained in a statement issued on Thursday by the Human Rights Watch (HRW) which said that witnesses told them that the soldiers entered Mautu village on foot at around 14:00 on 10 January and then began shooting at people as they ran away in fear.

“The soldiers left the village at about 16:30 with at least four vehicles, which had arrived with additional soldiers after the attack began, HRW said in the statement.

The statement which also revealed that a child was among those killed added that the soldiers also looted scores of homes and threatened residents.

However, the report was denied by Cameroon’s defence ministry which said that they had carried out a “preventative raid on the positions of terrorist groups”.