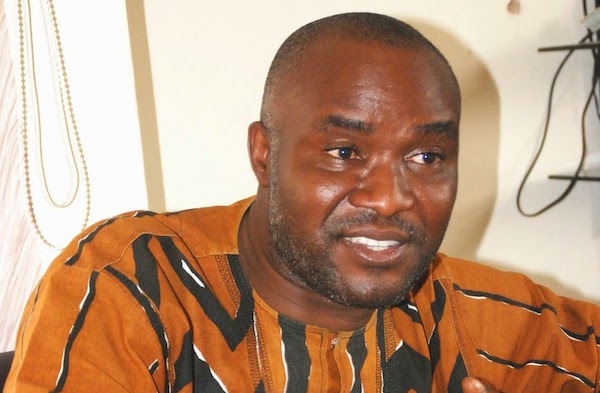 The President Muhammadu Buhari-led Federal Government has been cautioned by the Human Rights Writers Association of Nigeria (HURIWA)over the proposed Ruga farm settlements for herdsmen across the country.

The National Coordinator, Comrade Emmanuel Onwubiko, criticized the Federal government for its opaque nature of working out a highly discriminatory settlement policy to benefit only the Fulani speaking ethnicity.

The Rights group reminded Buhari’s administration of an “outstanding case of unambiguous unfairness and injustice meted out to the largely unarmed Igbo speaking followers of the self determination group known as Indigenous peoples of Biafra (IPOB) proscribed by the government whereas the hierarchy of Miyetti Allah cattle owners known as MACBAN which actively supports armed Fulani herdsmen is an ally of the Presidency.”

“It makes no sense for the Federal government to embark on an adventure of deception and deceits as a way of resolving the growing phenomenon of violence among the different ethnicity just as the Rights group expressed doubts on the workability of the one sided panacea of establishment of settlement for Fulani ethnicity whereas the real victims of the widespread blood cuddling herders’ violence – the farming communities all across the country are left to sulk their wounds unsympathetically. “What is goose for the goose is good for the gander.

“The unequal treatments of equals by the central government under Presidency of the Fulani born Muhammadu Buhari is at the core of the different ramifications of agitations threatening peace, security and stability of pur nation state. This fundamental injustice incubated and fertilized inside the Presidential villa and publicised as state policy is intrinsically and inherently unconstitutional”.

“Fairness, equity and equality of rights as clearly provided for in a plethora of constitutional provisions are the sine qua non for finding lasting, sustainable and effective mutual and harmonious solutions to the crises that have arisen due to the activities of suspected armed Fulani herdsmen targeting farming communities in the country”.

HURIWA blamed government at the center squarely for the “breakdown of law and order characterised by high crime rate and the widening spectre of armed kidnappings, banditry and dare devilish atrocities unleashed by freelance armed hoodlums all across the Country.”

The Rights groups said the “piecemeal approach” adopted by president Buhari whereby the government occasionally embarks on “secretive monologues with only representatives of Fulani ethnicity, cannot deliver the positive and constructive results expected to restore normalcy in the flash points of these incessant armed Fulani attacks.”

HURIWA therefore asked Buhari to adopt a “much more holistic, transparent and open mechanisms such as the convocation of a national security parley whereby credible and transparently chosen leaders of the various communities in Nigeria including the Fulani ethnicity and credible civil rights advocacy groups will meet for at least two days to brainstorm on the most workable panacea to the incessant attacks unleashed by suspected herders targeting farmers just as government must as a matter of legality, must arrest, prosecute and punish all the non-state actors responsible for these intermittent but vicious violence.”

“The Federal government can’t continue with the divide-and-rule approach that it has adopted but must open up to all the communities so a national funding platforms are created to provide palliatives to all the communities affected by the violence unleashed by armed herdsmen just as these flashpoints are located all across the six geopolitical zones of Nigeria,” it said.