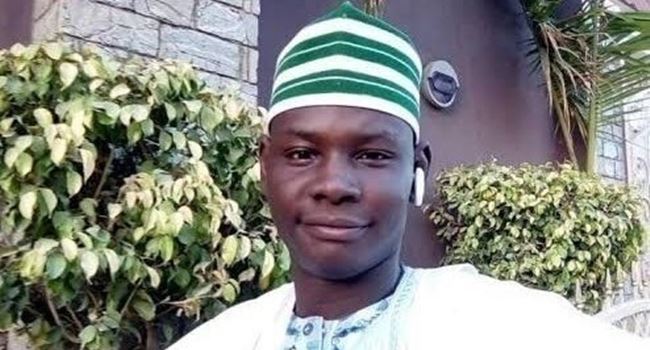 A civil rights group, Concerned Nigerians, has condemned the death sentence order on a 22-year-old musician who was found guilty, by a Kano Upper Shari’a Court for blaspheming Prophet Mohammed in one of his songs.

The group in a statement issued on Tuesday by its spokesman, Theophilus Agada, stated, “We condemn in strong terms, the death sentence by hanging on a Kano-based artiste, Yahaya Sharif-Aminu.”

It argued that the death penalty was a violation of the rights to freedom of thoughts and expression of the citizen, while also pointing out that the injustices faced by both religious and non-religious people alike must stop.

“The arrest and detention of Yahaya is a breach of Section 38 of our constitution which states that ‘every person shall be entitled to freedom of thought, conscience and religion, including freedom to change his religion or belief, and freedom (either alone or in community with others, and in public or in private) to manifest and propagate his religion or belief in worship, teaching, practice and observance,” the group stated.

In a related development, the Convener, Free Nigeria Coalition, Raphael Adebayo, described the development as an assault on state power which he said threatened the legitimacy of Nigeria’s union as a democratic republic.

Adebayo said, “Since when did it become okay to murder ordinary people in this country simply because of what they utter or write? It would seem that there is one law for the rich and another one for the poor.

“It is simply unacceptable and this barbarism presents an opportunity for the incumbent government at the federal level to redeem its soul by demonstrating its value for the average Nigerian life, and the supremacy of the Nigerian constitution, above all else,” he added.

The court presided over on Monday by Judge Khadi Aliyu Muhammad Kani held that Sharif-Aminu, was guilty of committing blasphemy for a song he circulated via WhatsApp in March.

Mr Sharif-Aminu did not deny the charges leveled against him and the presiding judge said thereafter that he could appeal against the verdict by the court which has sentenced him to death.

The sentence has however not been carried out as a death sentence in Nigeria requires the sign-off of the state governor.

Urhobo leader labels NDDC probe ‘a drama’, doubts if ‘anything good’ will come of it