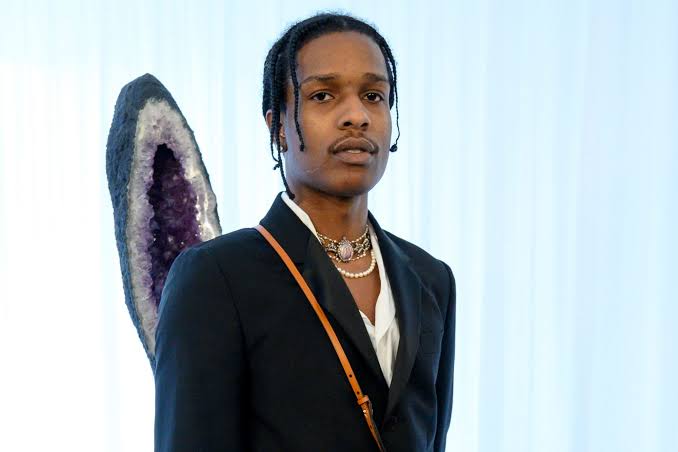 American rapper, A$AP Rocky real name Rakim Athelaston Mayers is reportedly facing up to 14 years in prison If convicted of a felony charge.

According to reports gathered, the recording artiste who is expecting a child with Pop music superstar Rihanna, was arrested at Los Angeles International airport on Monday, April 20 by detectives from LAPD’s Robbery-Homicide Division in connection with a shooting that occurred just five months earlier, in November 2021.

On the night of November 6, two acquaintances were arguing in the Hollywood area of Los Angeles, according to the LAPD.

“The argument escalated and resulted in the suspect firing a handgun at the victim. The victim sustained a minor injury from the incident and later sought medical treatment. Following the shooting, the suspect and two additional males fled the area on foot,” police said.

“The suspect has been identified as 33-year-old Rakim Mayers, a Los Angeles resident, also known as music artist A$AP Rocky,” according to police.

The alleged victim claimed Rocky shot at him several times, and at least one bullet grazed his left hand.

According to the arrest report, obtained by HollywoodLife, he was charged with a felony by Los Angeles Sheriff’s Department and released on $550,000 bail.

Below is a copy of his arrest report.

Following his release, LA-based criminal attorney Lara Yeretsian speaking with Hollywood Life mentioned that if convicted, he could face up to 14 years in jail for this felony charge.

Attorney Yeretsian, who has not worked with A$AP, said in the interview that he will have to head back to LA in just a few short weeks to face the charges and that he could be locked away for some time, missing the beginning of his unborn baby’s life.