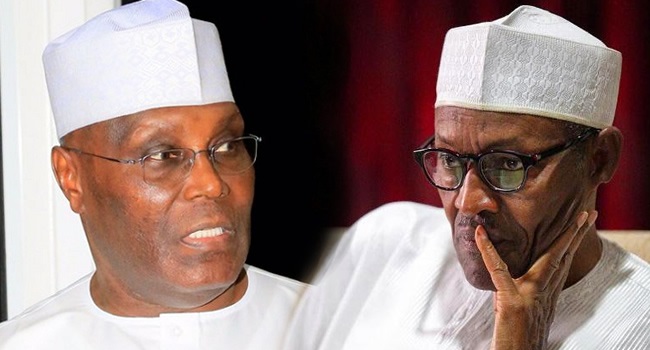 Nigeria’s presidential election holds on Saturday, February 16 to decide who Nigerians want to lead them for another four-year tenure.

Asides from activities of the various political parties, among which was the struggle to throw up representatives for the several elective positions available, the race for the 2019 elections officially kicked off on November 18, 2018 when the electoral umpire, the Independent National Electoral Commission (INEC) blew the whistle for the commencement of campaigns for the Presidential and National Assembly elections.

The various parties and candidates, therefore, went to town to convince the electorate to cast votes in their favour.

Despite the large number of contestants, Nigerians are amazed to realize that there are just two major front runners in the race, either of which is expected to carry the day, at the end of the polls.

The two major contestants in this case are incumbent President Muhammadu Buhari of the All Progressives Congress (APC) and the former Vice President Abubakar Atiku of the Peoples Democratic Party (PDP).

In efforts to gauge the mood of Nigerian voters, and foretell the possible outcome of the presidential election, Ripples Nigeria embarked on an online survey to get a sample opinion of who voters are likely to choose as their new president.

The poll titled – Ripples Nigeria Poll – 2019: Who would you vote? – published on www.ripplesnigeria.com ran for several weeks, and was distributed across various social media platforms, while it was also shared by hundreds of thousands of Nigerians, among their social media contacts.

However, comments by Nigerians on social media, especially on Facebook threw up a different scenario about the way Nigerians feel concerning the two main figures in the contest.

This, in itself, is a reflection of the reality associated with the Nigerian electorate, where there are active participants in the electoral process, as opposed to commentators who do not vote on Election Day.

The survey as put up by Ripples Nigeria

While Buhari took the lead in the actual number of votes cast, Atiku got the highest number of support from commentators, but come Saturday, the actual picture will be revealed.

Recall that a related analysis titled ‘Ripples Nigeria 2019 Election Forecast: Predicting the winner‘ announced a slim victory for Buhari In the coming election.

Below are some of the comments passed by Nigerians;