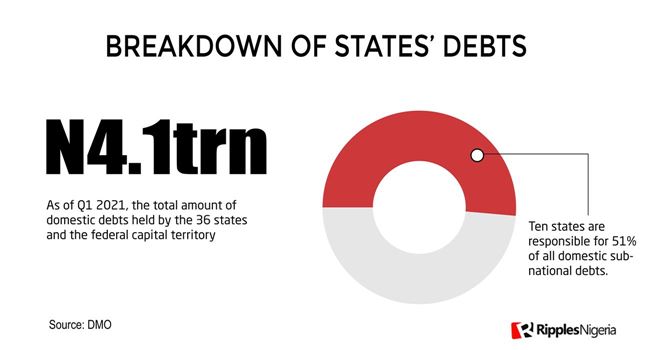 Despite the drop, Ripples Nigeria analysis shows that of the 36 states, including the FCT, 11 states added to their debts stock from January to March.

The FCT, Rivers, and Kaduna all maintained their debt levels from December while the rest of the States’ domestic debt stock dropped.

RipplesMetrics: Under Buhari, Nigeria’s importation of live animals grow by 68.4%