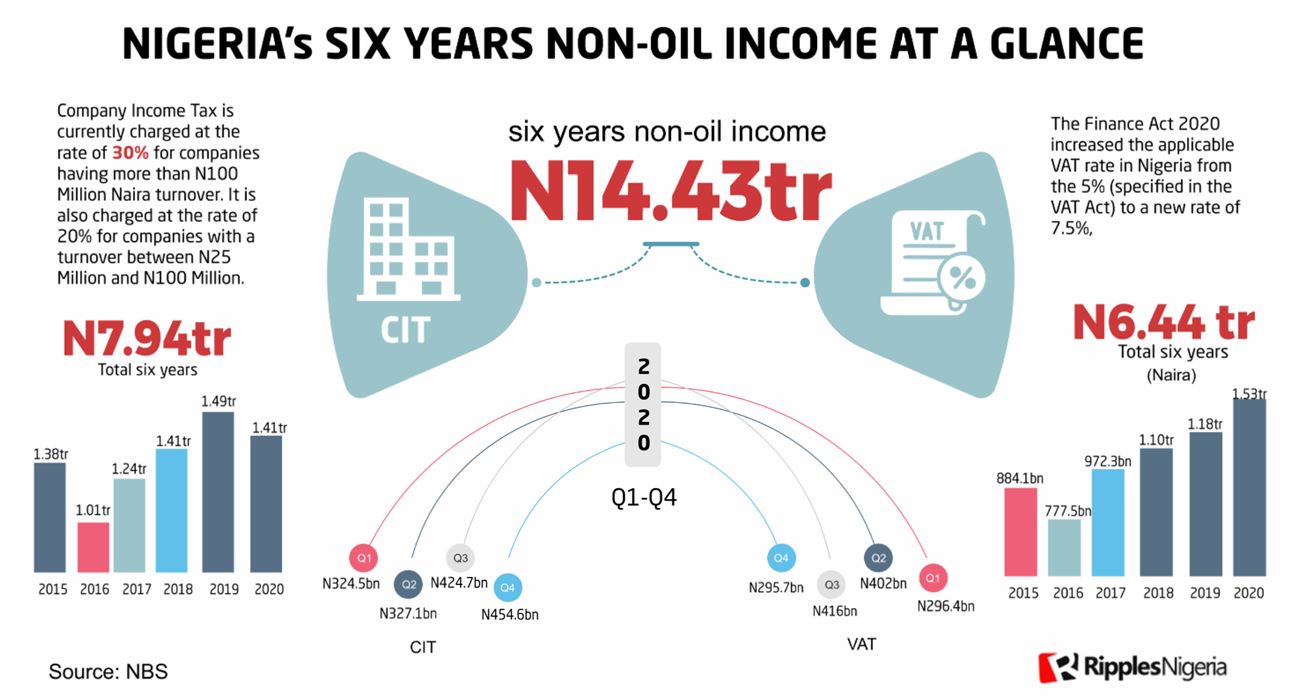 Nigeria made about N14.43 trillion from Value Added Tax (VAT) and Company Income Tax (CIT) in six years from 2015-2020, an analysis of data published today by the National Bureau of Statistics has shown.

The amount earned will come as a welcome development for the President Muhammadu Buhari administration, as the country strives to diversify its revenue stream amid a drop in oil revenue.

The breakdown of the tax earnings shows that within the period, tax earnings increased by 29.6 percent from N2.68 trillion in 2015 to N2.94 trillion received in 2020.

READ ALSO: RipplesMetrics: Every month, Nigeria budgets only N200 for healthcare of each citizen in 2021

A breakdown of the figures shows that through CIT alone Nigeria earned N7.94trillion in six years while VAT generated N6.44 trillion.

However, the 2020 CIT earning of N1.41 trillion is a 3.35 percent decline when compared to N1.63 trillion recorded in the previous year.

Despite the growth, however, the VAT collected in 2020 still falls below the projection of N2.03 trillion in 2020.