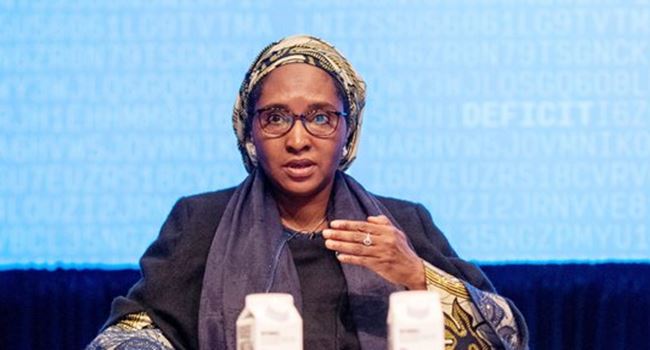 The Federal Government has described as a welcome development the rising price of crude oil in the global market, saying, “this is a good omen for Nigeria”.

The Minister of Finance, Budget, and National Planning, Dr Zainab Ahmed, made this known on Thursday, February 25, in Abuja when she addressed State House correspondents on the state of the nation’s economy under the Buhari-led administration.

According to her, gaining more revenue from the sale of crude will yield more revenue for the government as well as reduce the country’s rate of borrowing.

The minister said: “The more revenue we realise out of the budget, the less we borrow. As we see the oil price rising and provides us more revenue, it provides us some reliefs.

“We will be able to reduce our borrowing so, it is a positive thing for us.”

On Nigeria’s access to COVID-19 vaccines, Ahmed assured that government adequate provision had been made in the 2021 budget for the procurement of the vaccines.

She, however, revealed that there would also be a supplementary budget for the 2021 national budget and it would include funds for the procurement of the vaccines.

She said: “We have a provision in the 2021 budget for immunisation. We are already releasing money to the health authority to start operation in the first batch of vaccines that is going to arrive in the country in one week.

“But what we have in the budget is not enough, so we are working with the health authorities to provide a plan that will be taken to the president for approval and to be taken to the National Assembly as a supplementary budget specifically for COVID-19 vaccination.

“There will be a supplementary budget; the first one will be in March relating to the COVID-19 pandemic.

“But, we will also have a mid-year review like we did last year of the budget and if at the time we do the review and there is a need to go back to do any amendment for a supplementary budget, at that time we will take that decision, if not, we will just report the review.’’

On the support facility made available to Nigeria by the World Bank and other international financial institutions, the minister disclosed that at the end of 2020, Nigeria was able to realise 3.4billion dollars from International Monetary Fund (IMF) and 600million dollars from African Development Bank (AfDB).

She, however, stated that the country could not conclude negotiations with the World Bank and the Islamic Development Bank.

“We were not able to conclude our negotiation with the World Bank and also with the Islamic Development Bank.

“Even with Islamic Development Bank, we signed for the last tranches but for the World Bank, we started negotiation with the list of about 10 requirements that we needed to address and we had addressed those 10 requirements.

“But, the World Bank’s position is that we have not sufficiently addressed the requirements relating to having a single exchange rate.

“Our point is that, is not what you do overnight. It’s not that you wake up and make a pronouncement and that happens. It’s something that you have to do overtime taking several measures and working systematically for it to happen.

“So, we are still pushing our view with the World Bank and we hope to convince them that this requirement has also been met and that they should now give us the approval to go ahead and release the 1.5billion dollars that we have been discussing with the World Bank.’’

She said that several other facilities that were tabled before the World Bank also got approval in the year under review.

The minister also justified Nigeria’s rate of borrowing, saying that, “the proportion of borrowing is not misplaced as the country needs to develop its infrastructure, in order not to be left behind.’’

Ahmed also stressed the need for the three tiers of government to increase their revenue generation capacities to enhance the nation’s debt service obligations.

“We also have to make sure that when we are choosing the projects, we are choosing carefully the ones that will enhance the business environment so that more revenue yields come into the treasury of the country,” she said.