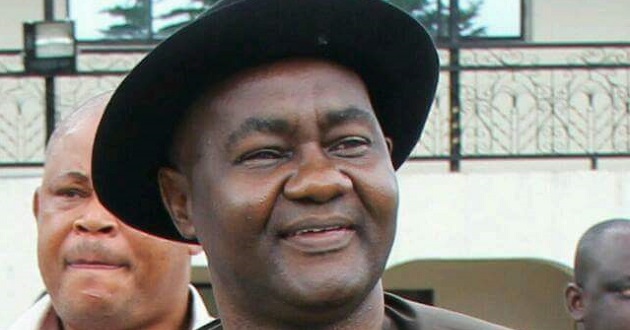 The crisis rocking the Rivers State chapter of the All Progressives Congress (APC) appears to have intensified after the decision of the national leadership of the party to approve indirect primary for the state chapter’s governorship contest.

Reacting, Magnus Abe, the APC senator representing Rivers South-East and who is also a governorship aspirant in the party, says Rotimi Amaechi, Minister of Transportation, whom he believes influenced the indirect primary decision, has become bigger than the party.

Abe, who has been in a long-drawn political battle with Amaechi, said this at a rally in Khana local government area of Rivers State, on Thursday.

He accused the leadership of the ruling party of giving special treatment to some members,
vowing not to take part in the party’s governorship primary on Saturday if the APC does not conduct direct primary.

The National Working Committee (NWC) of the APC approved indirect primary for the state.

“People have said they will retire Senator Abe, send me home, where is home? Home is in the heart of my people and nobody can send me away from their heart,” he said.

“Every campaign of calumny, deceit must cease in Rivers State, this state must move forward. Today, I want to speak to the national leadership of our party, we continue to worship individuals in a party where we have said we are standing for change, we must have the courage to do that.

“We all belong to a party that promised Nigerian change and we had a meeting and said there would be direct primaries and the national chairman promised direct primaries anywhere there are issues that will make the outcome of the primaries legally contested and the first example he gave was Rivers state but as soon as they appointed Amaechi DG again, everything changed because the man has now become bigger than the party. I will not accept it. There has to be direct primaries here. I stand before you to assure you that nobody is bigger than this state.”

Abe also accused Amaechi of betraying the people of Ogoni, alleging his negative role in the fact that the region has not produced a governor yet.

“Today is the day of truth and today I want to tell Nigerians the truth. Every other senatorial district has produced a governor but our district has not,” he said.

“When it was the time of my brother, Chief Chibuike Amaechi to be governor, it was the Ogoni chiefs led by the same Kinginiwa that they are abusing today, that went as a delegation to Governor Peter Odili to make a case for the Ikwere people,” he said.

“We did not stop there, we took a full page advert in Thisday newspapers then, paid for by the Ogoni people. Today, we want to be governor and people are making noise, who are those people? Sometime ago, the former governor of Rivers state, Chief Rotimi Amaechi invited the Ogoni people to the government house, not once or twice , we were all there. He promised the Ogoni people that the reason we have not produced a governor is because we have not made enough noise, that because the world has not heard us, that is why the injustice being done to the Ogoni people have not been corrected, that next time is time for the governorship to come up, he will lead the campaign for Ogoni people, now is the time, where is he?