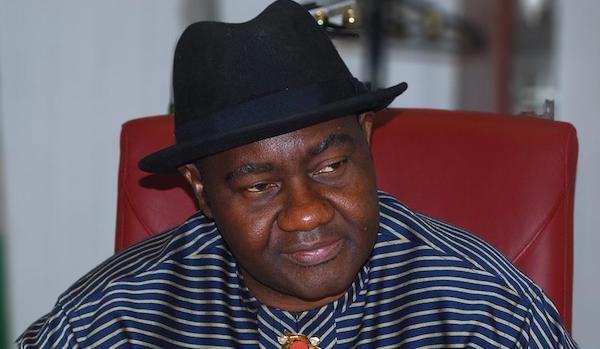 Abe, who disclosed this in a statement issued by his media aide, Parry Benson, said the alleged suspension of the chairman was in clear breach of a valid court judgement.

The Rivers State High Court had on June 9, declared Aguma as chairman of the party’s caretaker committee following a petition to the court.

At least 28 members of the state executive committee of APC loyal to Andrew Uchendu on June 22 suspended the chairman for allegedly taking critical decisions concerning the party without the committee members.

However, Abe said the decision of the Uchendu faction was inconsequential due to the subsisting court judgment.

He said: “So, even if the judgment is set aside, the action of the SEC members was already in defiance of a subsisting court judgment, considering the time they took the action.

“They should have collected the signatures of SEC members and served a notice to Aguma with a demand to summon a meeting.

“There are constitutional provisions in our party’s constitution to summon an extraordinary meeting of the state executive committee of our party.”

The ex-lawmaker noted that Aguma, after he was declared chairman by the court, invited the party SEC members for a meeting and that members fully attended the meeting.

He added that a quorum was formed and decisions reached with the party’s state executive committee members at the meeting.

Abe added: “The SEC members met and took certain decisions, including, asking the acting chairman to draw a blueprint on the way forward and present to the members at a later date.

“The proper procedure for those (SEC faction) who later met, would have been to collect the signature of members and serve a notice to the chairman, with the demand to summon a meeting.

“So, they cannot call a meeting in Uchendu’s house, which other members were not invited and usurp the powers of the SEC, to set up a factional executive.”