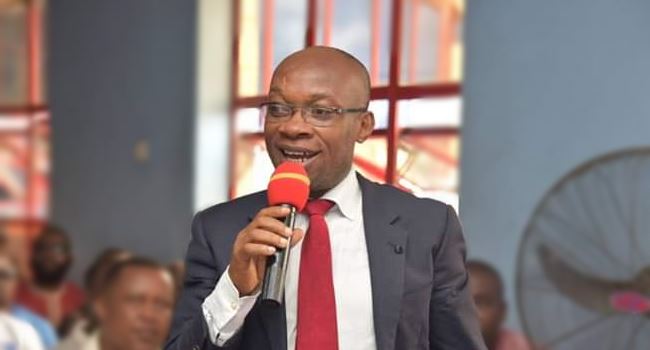 A faction of the All Progressives Congress (APC) in Rivers State loyal to Senator Magnus Abe, has picked a former Attorney General and Commissioner for Justice in the state, Mr. Worgu Boms as the next occupant of the office of the Deputy National Secretary of the party.

The National Working Committee (NWC) of the party had last week declared the office, occupied by Mr. Victor Giadom, vacant.

Giadom, who declared himself the acting National Chairman of the APC shortly after the Court of Appeal sitting in Abuja upheld the suspension of the substantive Chairman, Adams Oshiomhole, was said to have resigned from office to contest as the Deputy Governor of Rivers State in the 2019 general elections.

The APC state executive committee loyal to Senator Abe reportedly sent Boms’ name to the National Vice Chairman (South South), Halliard ETA, who made the announcement in Abuja on Saturday.

Eta, while speaking with reporters in Abuja, said: “You are aware that on Friday, a competent court of jurisdiction declared Chief Victor Giadom as not being a member of the National Working Committee and should never parade himself as such.

“Even before then, there was a resolution by the NWC asking the Southern zone of the party, which I head, to transmit a name for his replacement or filling of the vacancy made possible by his resignation to contest as the deputy governorship candidate of our party in Rivers State.

“I want to announce to the world that I am in receipt of the name of a distinguished member of this party from Rivers State to the zone for ratification in the person of Worgu Boms, a former Attorney General of Rivers State. His name has been transmitted to my good office and I want to announce that in the earliest time possible, the South-South zonal executive committee will meet and ratify that name and send the same to the NWC of our great party.”

Related Topics:GiadomRiversWorgu Boms
Up Next