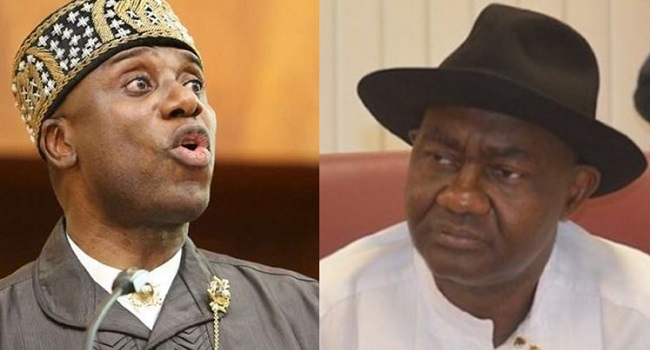 The Rivers State chapter of the All Progressives Congress (APC) has disagreed with the court ruling directing INEC not to accept any candidates from the party in the state for the 2019 elections.

Hon. Justice Omotosho of the Federal High Court, Port Harcourt had ruled on Monday, that the primaries conducted by both factions of the party in the state were illegal, null and void, hence it’s ruling.

But In it’s reaction, the party in a statement signed by Chris Finebone of its Media & Publicity Dept, affirmed that the ruling Trial Court missed the mark in some of its decisions.

Finebone also stated that the party had instructed its lawyers to review the case and file the appeals immediately, “in order not to temper or jeopardize with the already existing legal rights of our candidates before INEC”.

The statement further read: “we totally agree with the Court that Senator Magnus Abe and the 48 other members of the Party who claimed to have emerged through an alleged direct primary election, were not and therefore could not be declared candidates of the APC in the 2019 General Election in Rivers State. This was because the National Body of the APC never authorized or conducted the alleged direct primary as required by its constitution and guidelines neither did INEC monitor same.

“However, we do not agree with the Court that the Davies Ibiamu Ikanya and Peter Odike led Executive Committee of the Party in Rivers State was still subsisting. The APC has the powers to dissolve its Executive Committee and that power was exercised on 21st of May, 2018. The APC having dissolved that Exco, it ceased to exist and could not be resurrected, even if the Court finds, albeit wrongly, that there was no valid Congress to replace the dissolved Exco

“We know, as it is the law in Nigeria today, that APC as a Political Party has the absolute powers to schedule, reschedule or even cancel any of its congresses. The Party effectively terminated the ward, LGA and State Congresses of 5th, 12th and 19th May 2018 respectively. The APC Primary Election based on the unchallenged results and outcome of subsequent APC Congresses were lawful and valid”.

On the PDP contentions, the Rivers APC noted, that “the PDP brought a suit seeking the court to declare that the candidates of the APC were not validly nominated. The Trial Court agreed with that position and made Order in that regard. With all due respect to the Court, we totally disagree with its reasoning

“As the laws remain today, the issue of nomination of candidates of a Political Party remains the exclusive right and preserve of that political party, and any dispute arising thereto also remains within that political party and its aggrieved members. Under the Electoral Act 2010, a third party (PDP) can only challenge the nomination of the APC candidates as prescribed in Section 31(5) & (6), or challenge the return of APC candidates in accordance with Section 138(1) of the Electoral Act. Nothing more imaginary can fit into the contemplation of the Nigerian Electoral laws.

“The PDP’s case did not satisfy any of these conditions or circumstances.

“It is on this note that we strongly believe that APC will get Victory in the superior court. We have accordingly instructed our lawyers to review the case and file the appeals immediately, in order not to temper or jeopardize with the already existing legal rights of our candidates before INEC.

“We therefore call on all members of the APC in Rivers State to remain calm, focussed, undaunted and go about their electioneering business with equanimity. We believe that at the end victory will be served”.

Meanwhile the APC has also reacted to the ruling which annulled the party primaries conducted in the state.

The ruling party said it is currently studying the judgment and would soon make its position on the matter known to Nigerians.

The party stated this in a statement by its National Publicity Secretary, Lanre Issa-Onilu, on Monday.

“We have received the news of the judgement of the Federal High Court regarding our candidates in Rivers State .

“We are currently studying the decision of the court. We will make our position public in due course.”