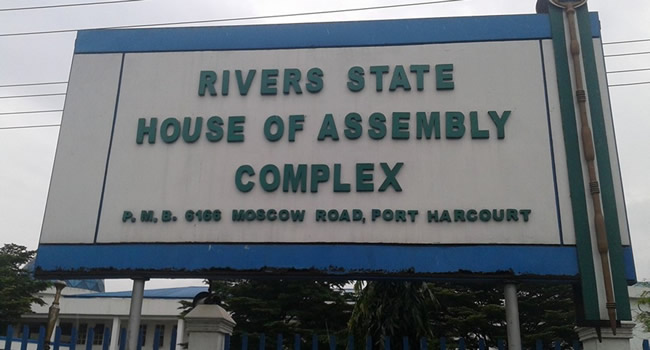 Rivers State House of Assembly on Wednesday approved the ban on contractors and private consultants collecting personal income tax in the state.

The measure followed a letter from Governor Nyesom Wike requesting the ban on services of middlemen or contractors collecting revenue on behalf of the state government.

The letter, which was read by the Speaker of the House, Mr. Ikunyi-Owaji Ibani, at the plenary, sought the lawmakers’ approval for regulations that prohibits contractors or private consultant from collecting government’s revenue.

During debate on the matter, the lawmakers noted that the request was in the best interest of the state.

In his contribution, the House’s Majority leader, Mr. Martin Amaehule, said the request was in line with the state law.

He said: “The request we have before us today is a regulation in pursuance of section 75 of the Rivers State Board of Internal Revenue Service law No.12 of 2012 and all other powers enabling the laws of the board.

“This particular section makes it mandatory for the chairman of the board to seek the approval of the state House of Assembly whenever regulations regarding the duties of the board are to be made.

“The key item on today’s request is that the state’s Board of Internal Revenue Service no longer needs consultants to take part in tax collection for the state government.

“The board wishes to be the only recognised body in charge of all revenue services so as to give room for accountability and transparency.”

Subsequently, the 24 lawmakers unanimously voted in favour of the governor’s request.

On his part, the speaker said the approval of the request would check unnecessary loopholes in the state revenue services.

“The approval today gives the board a total control of the state revenue. Indeed, this is a milestone especially for a development-oriented state like ours.

“It’s indeed a step geared toward instilling right norms and values in our institutions.

“As stakeholders, we must key into promoting the quantum human capital and infrastructure development of this administration.

“The ninth Assembly, through robust legislation, is committed to smooth actualisation of the governor’s development strides in the state,” Ibani stated.

Our Supreme Leader, Kanu, was abducted by Buhari —IPOB