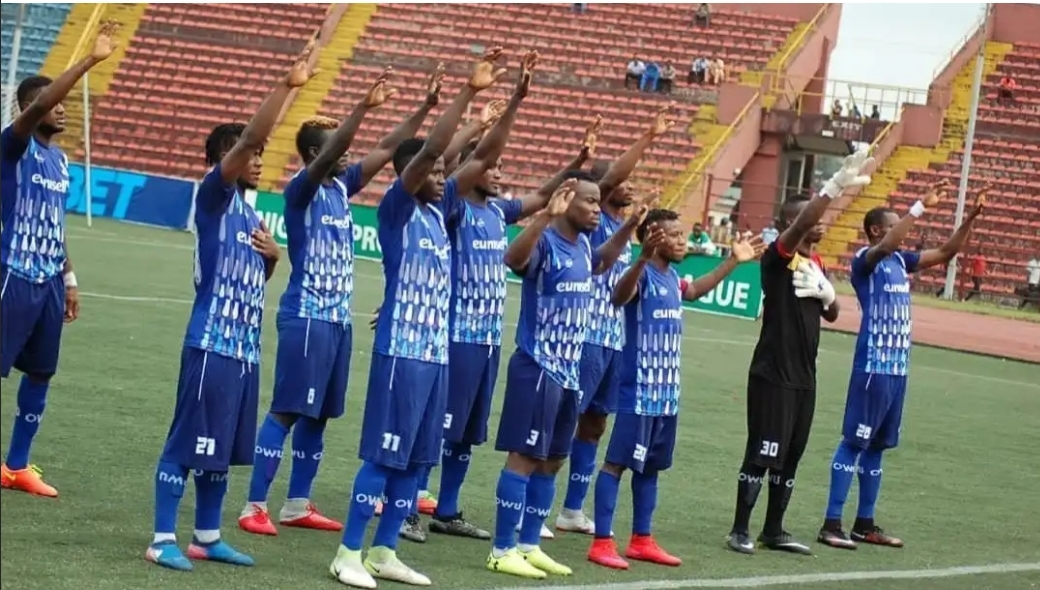 The final table of the 2019/20 Nigeria Professional Football League (NPFL) has been rejected by the Rivers State Government, owners of Rivers United.

The controversy has been on since the release of the table by the League Management Company (LMC) earlier this month following the premature end of the season due to the coronavirus pandemic.

But a committee of the Nigeria Football Federation (NFF) had waded in and on Monday, endorsed the final standings earlier released by the LMC, which apparently is not acceptable by the club.

In the standings, Enyimba were placed in second spot, thereby relegating hitherto second-placed Rivers United to third, a position which will see the Port Harcourt-based club compete in the CAF Confederation Cup, after embarking on preparations for the more prestigious CAF Champions League in the coming season.

Rivers government says it is heading to the Court of Arbitration for Sport (CAS) to seek justice.

Rivers Commissioner for Sports, Boma Iyaye stated this while receiving the newly-elected executive of the Sports Writers Association of Nigeria, Rivers chapter, in his office in Port Harcourt.

“This is a clear case of injustice and undue victimisation,” Iyaye said.

“In light of this development, the Rivers State Government; sponsors of Rivers United FC, is compelled to seek the proper interpretation of the applicable rules, and a pronouncement on the propriety or otherwise of the actions and decisions of the LMC on the matter, from the Court of Arbitration for Sports.

“We are eager for justice and determined to protect Rivers people and its interest in line with the philosophy of our leader, Governor Nyesom Ezenwo Wike.”

The LMC applied the Point Per Game model to determine positions for the final league table, following the abrupt end of the season.

The NFF committee also claimed that the clubs were duly carried along and voted twice in the final decision to end the league and use the PPG system.

But Iyaye stated, “The truth is that Rivers United never objected to the PPG, and continues to support the PPG system as agreed by the majority of the clubs.

“Our position has always been that, rather than use an inconclusive head-to-head to separate two teams tied on points, the rules guiding the operations of the NPFL states that ‘goal difference’ shall be the first option to be used in separating teams that are tied on the same points, followed by ‘higher goals scored’ and lastly, head-to-head. We are only against the selective application of the Rules.”