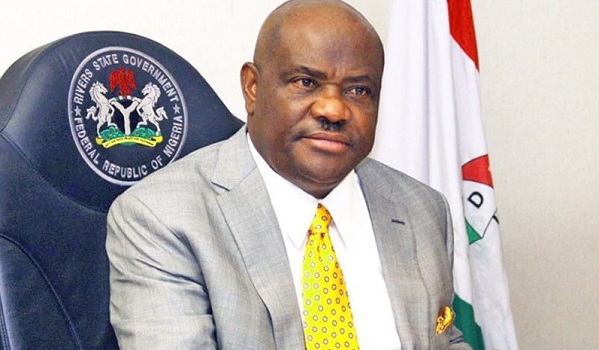 Rivers State governor, Nyesom Wike, has said that the efforts by the All Progressives Congress (APC), which had no candidate in the state governorship election, but did everything possible to ensure he was defeated, did not bother him.

He said what really got him worried was how some of the governors of his own party, the Peoples Democratic Party (PDP), joined forces with those against him to take over the state.

Wike however expressed his gratitude to God, who he said miraculously saw him re-elected despite all the forces, both in Rivers and Abuja, geared at ensuring he never returned to the state’s government house.

The governor stated this at a thanksgiving service held at the Yakubu Gowon Stadium, Port Harcourt, to mark his electoral victory.

He said the fight “was not just with the opposition. It was also within our party. When we lost the election in Ekiti State, one of our leaders in the South-west said that Fayose is finished and the next person is Wike.

Read also: ‘We will not hesitate to step on toes’ – Adamawa Governor-elect

“Some governors within the party joined forces with the opposition against the State. But then, the will of God prevailed. I was not bothered by what the opposition did, but what some of our party members did was worrisome.

“Some persons working with us in the state betrayed us. They felt there was no way that we would make it. They became agents of the opposition. But God’s intervention rescued Rivers and its people.”

He applauded the clergy and Rivers women for standing by him and the PDP all through the electioneering, noting that their support ensured that the PDP emerged victorious.

He said the women “indeed showed so much concern. Some of them were ready to die because of our election. I do not know how to thank them.

“For the first time, I saw women like Aba Women Riot, coming out to say no and we will not agree. Let me assure you that I will not disappoint the Christian community in Rivers State.”