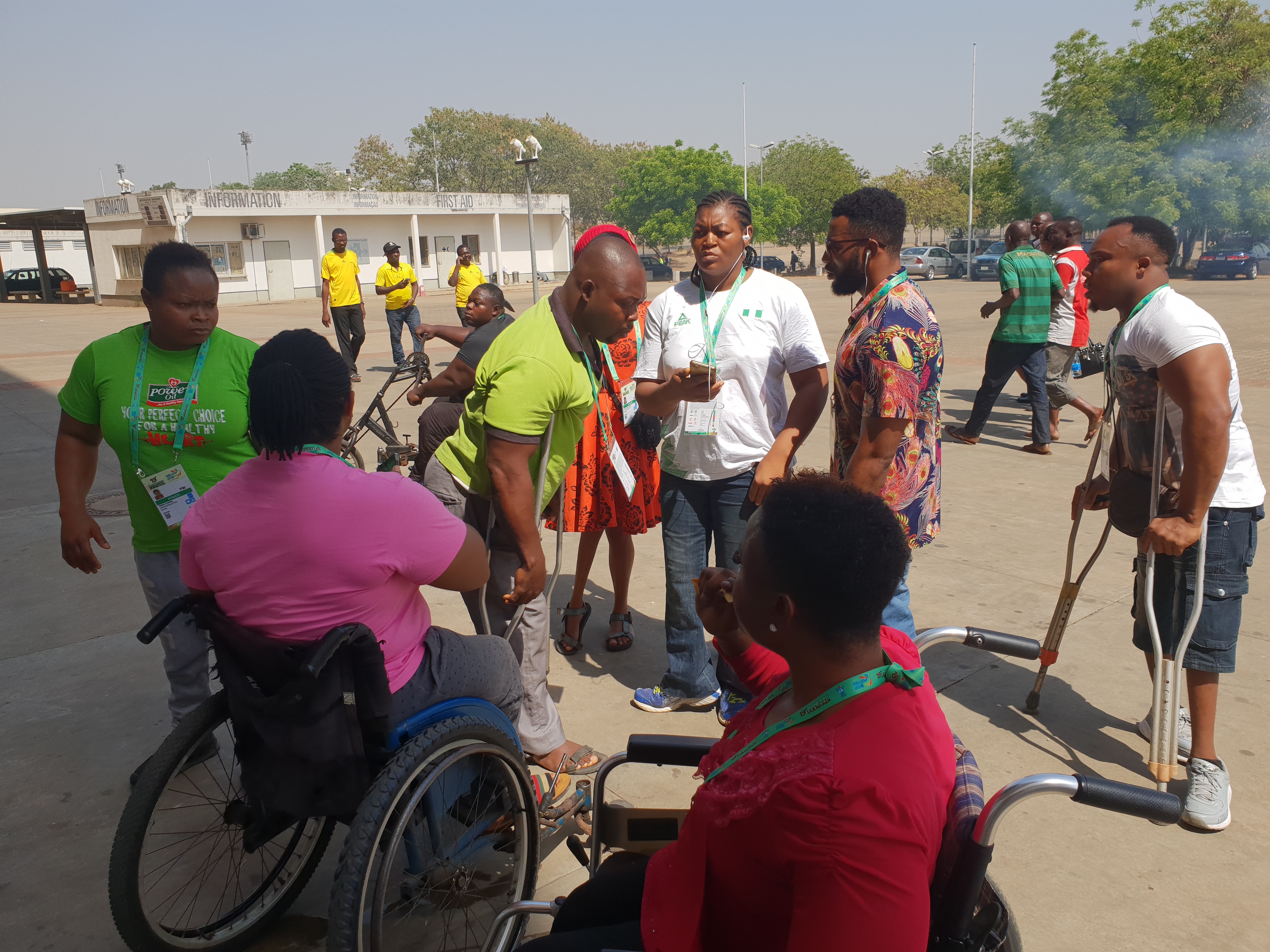 Powerlifting athletes representing Rivers State at the ongoing National Sports festival Saturday protested over alleged poor treatment being meted at them by the officials of the state in Abuja.

The 19th edition of the biennial Festival, which began on December 6th to end on Sunday, December 16, has been much-anticipated since the last edition held in 2012 in Lagos state.

Rivers state has been performing excellently in the 10-day event, standing on second spot behind leaders Delta state in the overall medal table.

Athletes representing the oil-rich state say they have not been paid their allowances for both the camping ahead of the festival and the one meant during the Games.

“They kept us in camp for ten days without allowance. We came to the festival hoping we will be paid, but the officials have told us that they converted the allowances to feeding – something they didn’t discuss with us beforehand,” a gold winner in women’s para-powerlifting identified as Folashade told Ripples Nigeria.

Members of the team were at protesting with loud voices in open spaces beside the mainbowl.

The coach of the team, Are Feyisetan, who is also the national coach of Nigeria Para Powerlifting team, declined from making a statement on the matter.

But the athletes who spoke said they deserve to be paid their dues, especially as they won nine medals in the category.

The para-powerlifters went on to reveal that they collectively refused the hostel provided for them at the NYSC camp that is too far away from the stadium.

They had an agreement with the officials that they will rather stay at the National Institute for Sports inside the stadium and foot the bill themselves apart from the bill for the first three days, which covers for their competition days and to be footed by the officials.

“Another issue on ground now is that is the payment for this hostel. The Director [of sports] paid for one day instead of three days as agreed, leaving us to foot the whole bill of N7000 per night,” the team captain, who identified himself as Orji, said.

“They are up to something. On air, they (officials) announced that we had two months camping ahead of the festival, but it is not true. We only stayed in camp from 25th of November to 5th of December.

“Mind you, we are contract athletes not civil servant athletes. Rivers State does not have any athlete of their own. They contracted us N60,000 per month for a year. But we are also yet to get the salary as agreed.

“They promised they will pay us as soons as we reach Abuja here, but until now we haven’t seen one Naira. Both the coaches and the helpers. Nothing. Except the N20,000 they made us sign for after our first protest this week.

“We hope that the governor can come to our rescue. We are family men and women, and this is Christmas season. We cannot go home and tell our children that there is no money,” he added.

Meanwhile, the other athletes representing Rivers State are yet to receive any payment while only a few admitted they were paid only N20,000 (out of a possible N47,000) on Thursday.

Our correspondent also gathered that Rivers State Commissioner for Sports, Boma Iyaye, held a meeting with other state sports officials at an undisclosed hotel in Abuja on Saturday in a bid to rectify the issue.

But all efforts made to have any of the officials speak about the matter prior to the meeting proved abortive.

The 2018 Sports Festival in Abuja will come to an end on Sunday.