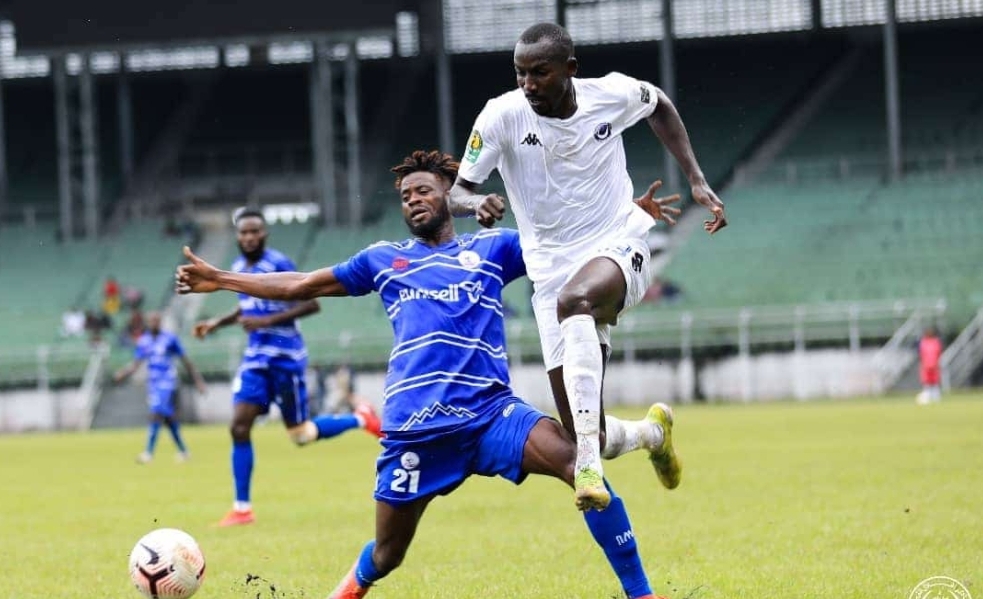 Rivers United captain, Austine Festus says his team are not giving up the chase for their first Nigeria Professional Football League (NPFL) title despite recent defeat in Ilorin.

The Portharcourt side suffered a shock loss to Kwara United last Sunday, missing the chance to go seven points clear at the top of the league.

Rivers United took the lead through Nelson Esor on the third minutes, before Kwara United fought back after the break with Samad Kadiri and Jide Fatokun getting the goals for the Ilorin club.

If Rivers had won, they would have extended the gap with second-placed Plateau United, who had lost their own fixture during the weekend. But Festus says his team is not disturbed by the loss and are ready to move on.

“We are still in a good position on the table and we can’t dwell too much on what happened in Ilorin,” Festus told CSN

“The good thing for us is that Plateau United didn’t win either. The next game is our target now. Hopefully, we will win and improve on our advantage.

“Our target is to win the league this season. We have worked so hard to get to this stage and we are still in a good position to achieve our objective,” Festus stated.

River United will be back in action in the NPFL at Adokiye Amiesimaka Stadium, Port Harcourt on Sunday.

Related Topics:NPFLRivers United
Up Next