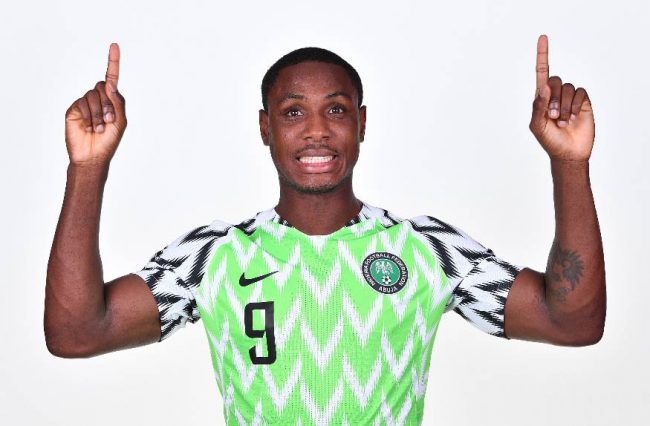 Odion Ighalo has confirmed that he was approached by Super Eagles coach, Gernot Rohr to come out of his retirement from international football.

Ighalo had been Nigeria’s most prolific goalscorer in recent times, but announced his resignation after the 2019 Africa Cup of Nations (AFCON) in Egypt.

The 31-year-old, who had just finished a one-year loan stay at top Premier League club Manchester United, is currently playing for Al-Shabab in Saudi Arabia.

Despite having only made five appearances for the Saudi league leaders, Ighalo already has three goals to his name, and there have been calls for his return to the national team.

Speaking to BBC Sports Africa, Ighalo said he has been talking with Rohr about the possibility of a return for a while but he is yet to make a decision.

“I have been approached by the coach, but I haven’t decided yet whether this is a path I want to follow again,” Ighalo said.

“We’ve been talking about it for a while and hopefully soon I will make that decision.

“I need to decide because I have huge respect for my country and the coach, so it’s only fair to let people know where you stand,” he added.

In the absence of Ighalo, the likes of Victor Osimhen, Paul Onuachu, Cyriel Dessers and Kelechi Iheanacho have been playing in the final third for Nigeria, but have failed to convince Rohr.

The Super Eagles failed to win a game in 2020, playing a 4-4 home draw and a goalless draw away at Sierra Leone in the matchdays three and four of the AfCON qualifiers respectively.

Rohr’s men will face neighbours Benin Republic and Lesotho in the remaining two games this month.