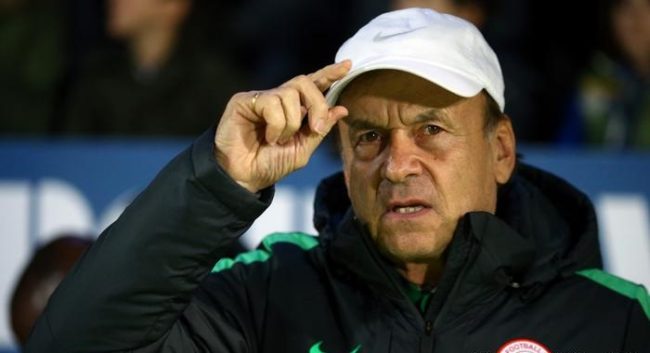 The Eagles are currently top of the qualifying group with two wins – over Liberia and Cape Verde – and will be looking to complete the job when they play a doubleheader against CAR.

Rohr, who had led the Eagles to qualification for the 2018 World Cup in Russia, is once again optimistic that the team will land their ticket to Qatar before the final game of the qualifying series.

21-year-old Calvin Bassey is one of the 23 men invited by Rohr, and the Rangers of Scotland defender, who is eligible to play for England or Nigeria, is getting his maiden call-up to the Nigerian national team.

The left-back, who is teammate with Joe Aribo and Leon Balogun at Rangers is preferred to Zaidu Sanusi by Rohr.

Wilfred Ndidi and Oghenekaro Etebo are not a part of the squad, while team captain Ahmed Musa, William Troost-Ekong, Victor Osimhen and Paul Onuachu are some of the regulars in the 23-man squad.

The Super Eagles will host Central African Republic in a matchday three encounter at the Teslim Balogun Stadium, Lagos on Thursday, October 7.