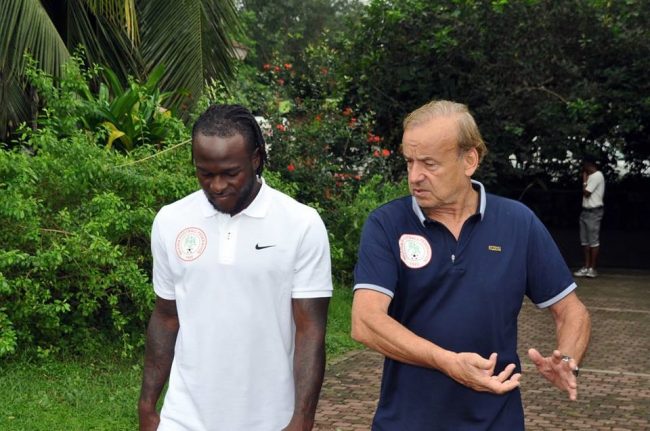 Super Eagles coach, Gernot Rohr says he was surprised at Victor Moses’ decision to retire from international football at the age of 27, and that he hopes the winger rescinds his decision.

The Chelsea of England wingback announced his retirement from the Super Eagles barely two months after representing the country at the 2018 FIFA World Cup in Russia, where they failed to go past the group stage.

Moses, who won the Africa Cup of Nations (AFCON) with Nigeria in 2013, tweeted on August 15: “I have experienced some of the best moments of my life wearing the Super Eagles shirt and have memories with me that will last a lifetime.

“However, I feel that now is the right time to stay away in order to be able to focus fully on my club career and my young family, as well as to allow the next generation of Super Eagles stars the opportunity to step up and flourish.”

But Rohr, speaking to KweséESPN, hopes the decision is not final as he thinks a little motivation like the chance to win the AFCON could bring him back to the national team.

“We spoke already and I hope that his decision is not definitive,” he said.

“I think it depends on his motivation. If he really wants to commit himself again, he is welcome.

“Maybe the chance to win the Afcon is motivation. We will see.”

Moses made a total of 37 appearances and scored 12 goals for Nigeria.

The Eagles will be up against Seychelles on September 8 in an AFCON qualifier.

Rohr says the list of players invited for the encounter will be made public this Friday.