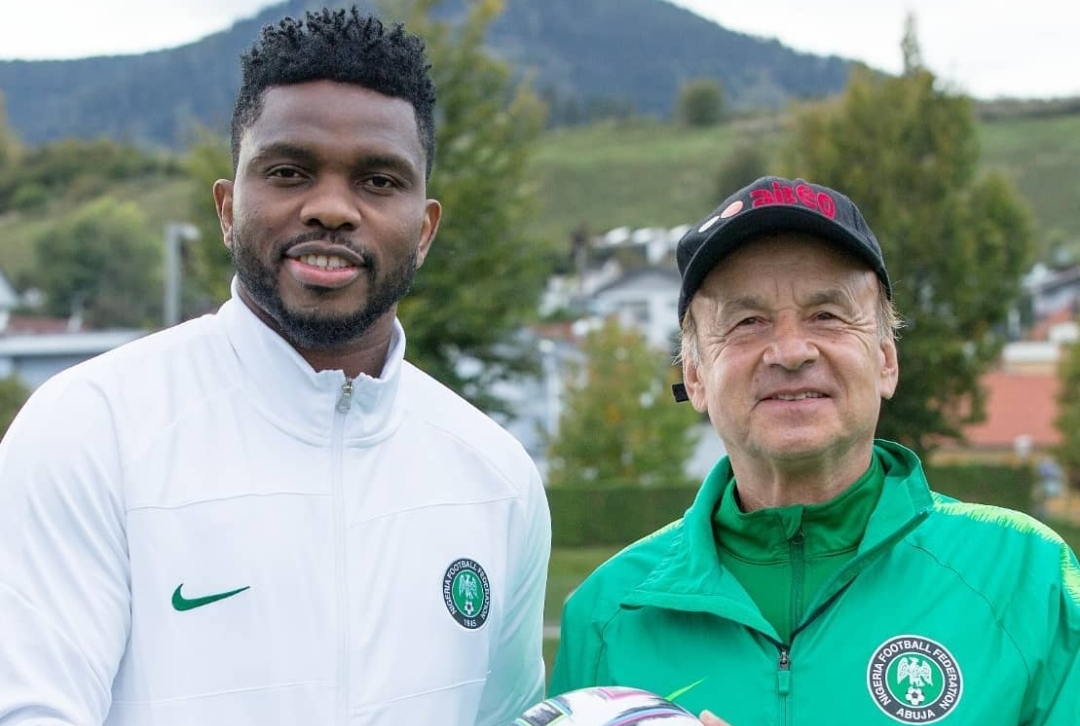 Super Eagles coach, Gernot Rohr has expressed the desire to end the eight-year unbeaten home run that the Squirrels of Benin Republic have enjoyed.

Rohr will be leading the Eagles against Benin into an Africa Cup of Nations (AFCON) matchday five encounter at Port-Novo this Saturday.

Both countries are on the brink of sealing qualification for the tournament billed to hold next year in Cameroon, with Nigeria needing at least a draw from the game and Benin needing a straight win.

Speaking to Journalists, Rohr admitted that Benin would be tough to beat seeing their record over the years, but said he was confident that his team would at least pick up a draw.

“Everyone wants to beat Nigeria, it is normal,” said Rohr

“We also want to win there (Porto-Novo), so it’s a big challenge because they’ve not lost a match at home in eight years.

“You should expect a team that wants to play good football first, who are going to show Nigerians that they are fighting for their country and are able to do well in Porto Novo against the team who haven’t lost a game at home, since losing 3-1 to Algeria in a World Cup qualifier in 2013.

“It’s a huge challenge for us to go and try to win, knowing a point will earn us qualification. We’ve had a good training session and we will go there to qualify. If we can win, we will, but already, a draw is enough for us to qualify. Qualification is our target.

“The Squirrels are a good team, they came to their country on a chartered flight, we couldn’t do the same. In the worst case, we still have the game against Lesotho here, but I’m very confident that we can qualify in Porto Novo.”

Nigeria top the group L of the qualifying group, and will be playing the Crocodiles of Lesotho in the final game of the qualifiers next Tuesday in Lagos.