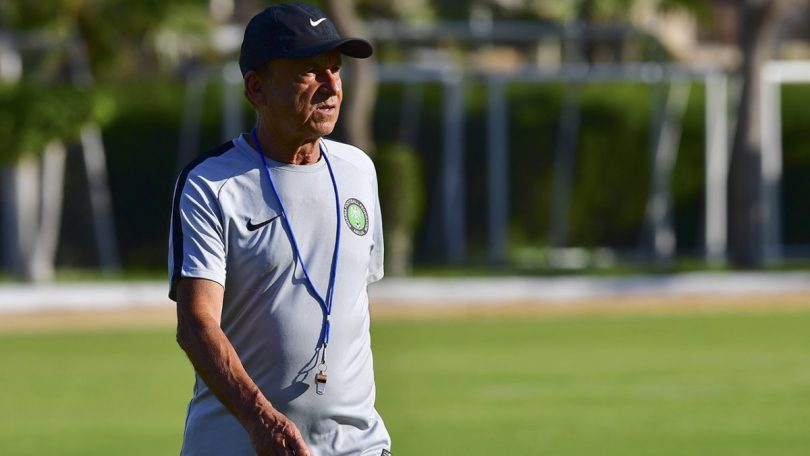 Gernot Rohr’s stay as the Super Eagles head coach would be determined by next week as the Nigeria football Federation (NFF) moves to conclude all about his new contract.

The 66-year-old Franco-German gaffer, who has been with the Nigeria national team since 2016, is set to extend his stay to 2022.

Among other things, his mission would be to qualify Nigeria for the 2021 Africa Cup on Nations (AFCON) in Cameroon, and for the 2022 FIFA World Cup in Qatar.

Talks over Rohr’s new contract had been making the headlines for some months now, but the NFF is finally ready to put it all to rest.

Read Also: Super Eagles coach, Rohr agrees to be paid in Naira, to reside in Nigeria

“The executive committee mandated the general secretary to liaise with Super Eagles technical adviser, Gernot Rohr, with a view to concluding all matters around his new contract within the next one week,” the NFF said in a statement in Abuja.

Rohr has been told that there are clauses in the new contract that were not in the previous ones he signed, but has stated his willingness to continue in his job with the Eagles.

The coach qualified the three-time African champions to the 2018 World Cup in Russia, where they failed to progress beyond the group stage.

He also led the Super Eagles to a third place at the 2019 AFCON in Egypt.