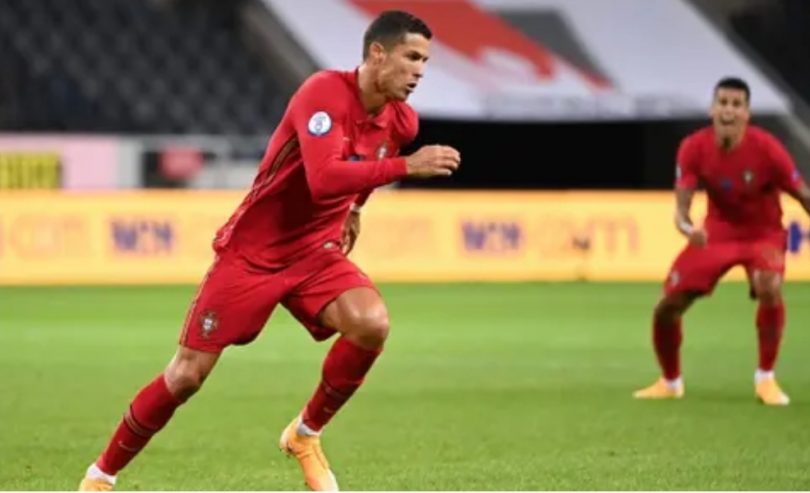 The Juventus star became the first European to score 100 international goals in men’s football with a brilliant free-kick to open the scoring.

He curled the stunning kick into the top corner from 25 yards to reach the milestone.

The goal gave Portugal a 1-0 Nations League lead in Solna at half-time, before he scored yet another to seal a 2-0 victory for his country.

Ronaldo is now within nine goals of the world-record 109 that Iran’s Ali Daei managed during his playing career.