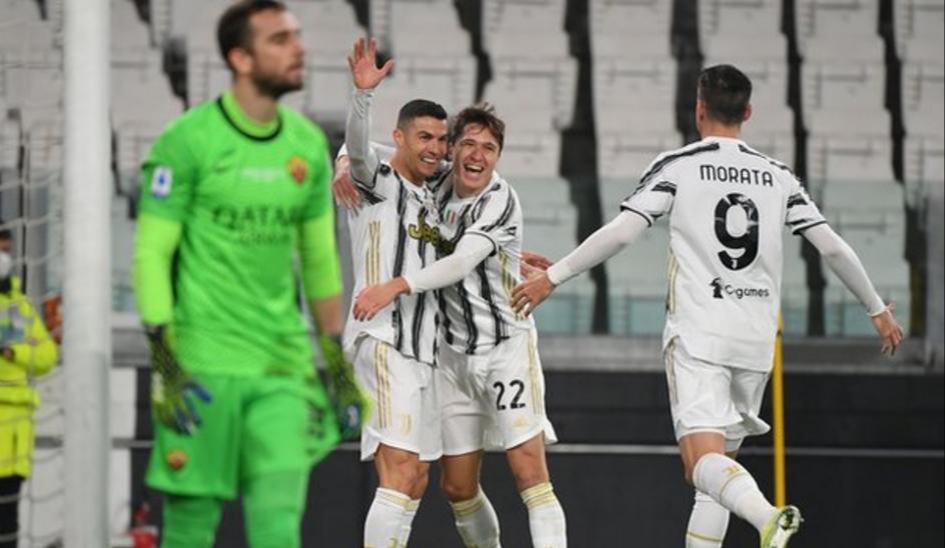 Potugal forward, Cristiano Ronaldo scored to help Juventus beat AS Roma in a Serie A clash in Turin on Saturday evening.

The striker, who turned 36 this week, ended a three-game goal drought with the opener in the 13th minute.

The win was sealed when Roger Ibanez steered a Dejan Kulusevski cross into his own net in the second half.

With the win, Juve move above Roma and into third, five points behind leaders Inter Milan and with a game in hand.

Ronaldo’s strike extends his lead at the top of the Serie A scoring charts, taking him to 16 from 17 games, two more than Inter’s Romelu Lukaku.

Juve will face Inter next in the second leg of their Coppa Italia semifinal on Tuesday in Turin. Juve are leading 2-1 from the first leg at the San Siro.