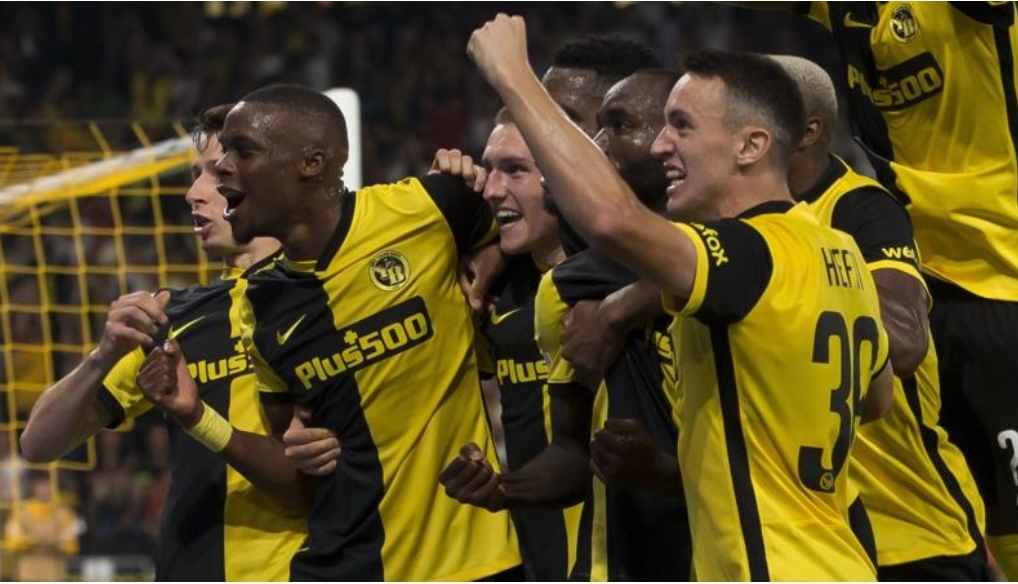 Cristiano Ronaldo’s opening goal was not enough for Manchester United as they fell to a 2-1 defeat to Young Boys in the Champions League.

The Portuguese became the joint all-time Champions League appearance holder on his 177th appearance in the competition.

He fired United ahead after an exquisite pass from fellow Portuguese Bruno Fernandes in the 13th minute.

The Red Devils seemed to be on top until a straight red card was shown to Aaron Wan-Bissaka for a dangerous challenge on Christopher Martins on 35 minutes.

The hosts, on the back of their numerical advantage, fought and got the equaliser when Cameroon winger Moumi Ngamaleu scored on 66 minutes.

That was not all. A 95th-minute mistake by substitute Jesse Lingard – who had replaced Ronaldo with 18 minutes left – allowed Jordan Siebatcheu to score the winner for Young Boys.

Recall that Young Boys had to come through qualifying to reach the group stage.

Ole Gunnar Solskjaer’s side were left to reflect on a performance which saw them muster just two shots, the fewest Opta have on record in any of their 138 Champions League matches since 2003-04.