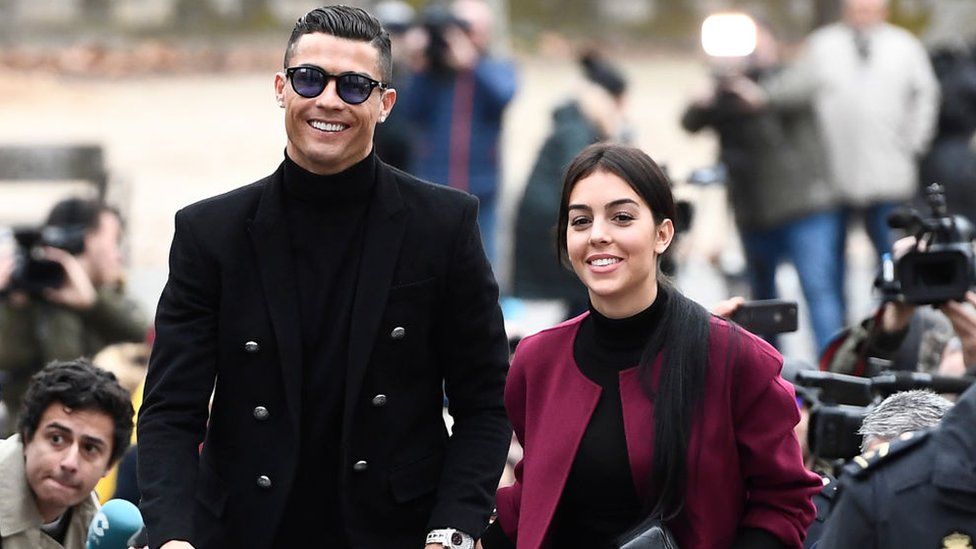 Juventus forward, Cristiano Ronaldo is being investigated by Italian authorities following an alleged birthday trip he embarked on with his girlfriend.

The five-time Ballon d’Or winner is accused of breaking Covid-19 rules by travelling between the regions of Piedmont and Valle d’Aosta.

Now-deleted footage posted on social media showed the couple on a snowmobile in a mountain resort, the same day girlfriend Georgina Rodriguez turned 27.

Valle d’Aosta police said they were investigating the couple over the alleged trip to the Courmayeur ski resort.

Under current rules in Italy, travel between Covid “orange zones” is forbidden unless for work reasons or for travelling to a second home.

Reports in Italian media allege the pair travelled on Tuesday and stayed overnight in a resort hotel before returning to Turin, the home of Ronaldo’s Serie A Club, on Wednesday.

If found in breach of the rules, Ronaldo and Rodriguez could each face a fine.