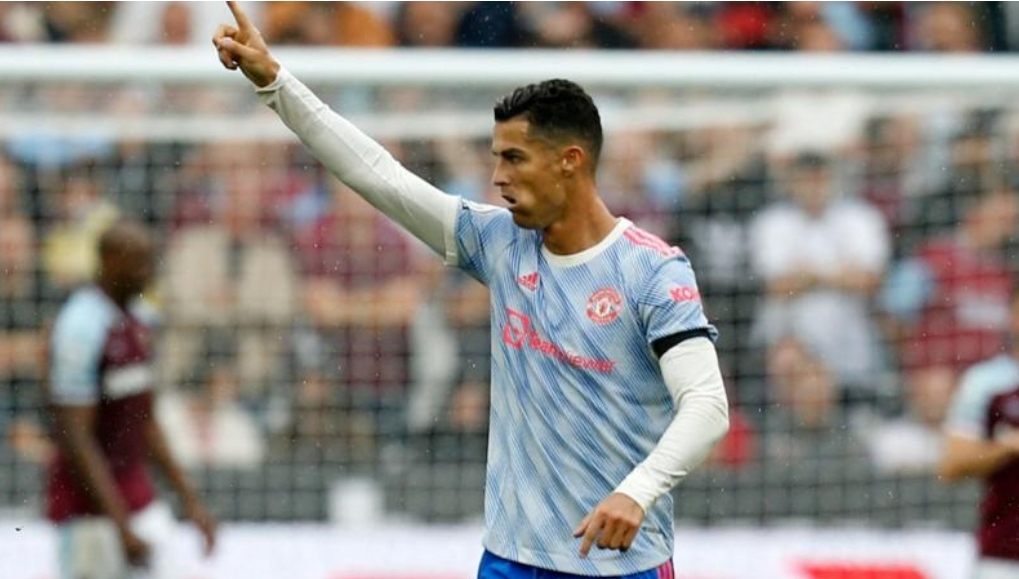 Cristiano Ronaldo and Jesse Lingard scored as Manchester United completed a comeback victory over West Ham in the Premier League on Sunday.

The Hammers had opened the scoring on the half hour mark when Said Benrahma put them ahead.

But Ronaldo scored his fourth goal since returning to Manchester United to level both sides five minutes after.

Both sides continued to search for a winner although the hosts parked the bus late on, but Lingard would later defeat the defence on 89 minutes to seal the win.

Goalkeeper David de Gea was the hero of the game as stopped a late penalty awarded by West Ham following a VAR review of a Luke Shaw handball inside the box.

Mark Noble, who was brought in as a substitute soon after the penalty was awarded, took the spotkick but saw the injury-time opportunity missed.

With the win, the Red Devils are on same points as leaders Liverpool, having played five and won four so far this season.

In another Premier League game that took place concurrently, Brighton defeated Leicester City 2-1 to make it four wins for themselves this season.