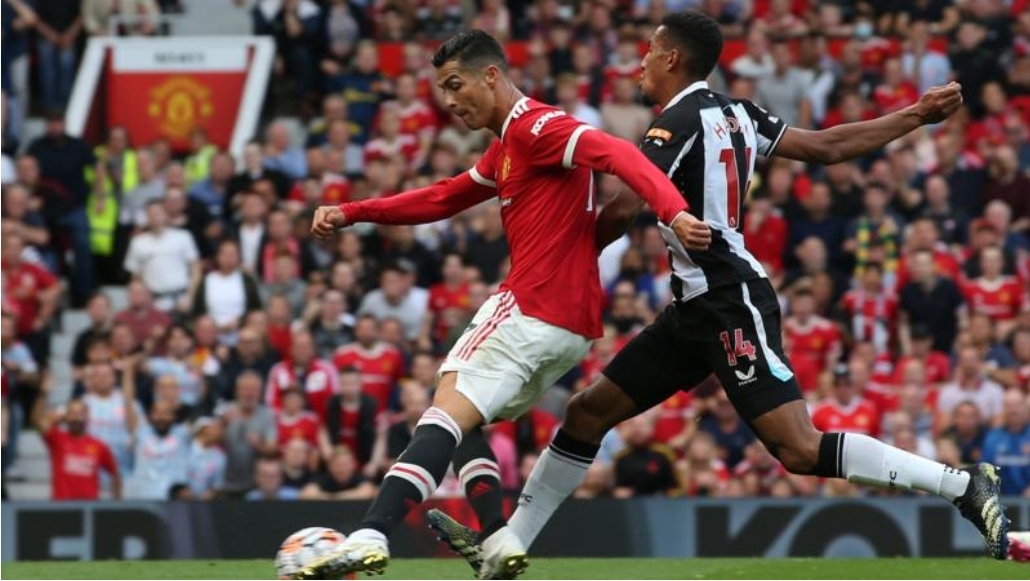 Cristiano Ronaldo was on target twice for Manchester United in their 4-1 win over Newcastle United in the Premier League on Saturday.

Ronaldo was playing for the first time since completing his move back to Old Trafford following his exit from Serie A side, Juventus.

The 36-year-old opened the scoring late in first half before taking the Red Devils ahead the second time after Newcastle had equalized through Javier Manquillo.

Bruno Fernandes scored United’s third on 80 minutes before Jesse Lingard sealed victory with a 90+2nd minute goal as United made it three wins in four league matches so far this season.

At the Emirates Stadium, Pierre Emerick Aubameyang scored the decisive goal as Arsenal clinch their first win since the start of the Premier League season.

At the King Power Stadium, Super Eagles duo of Kelechi Iheanacho and Wilfred Ndidi were in action for Leicester City in their 1-0 defeat to Manchester City.

In the other league games played concurrently, Brighton defeated Brentford 1-0 away, Southampton played goalless draw with West Ham while Wolves defeated Watford 2-0 away.