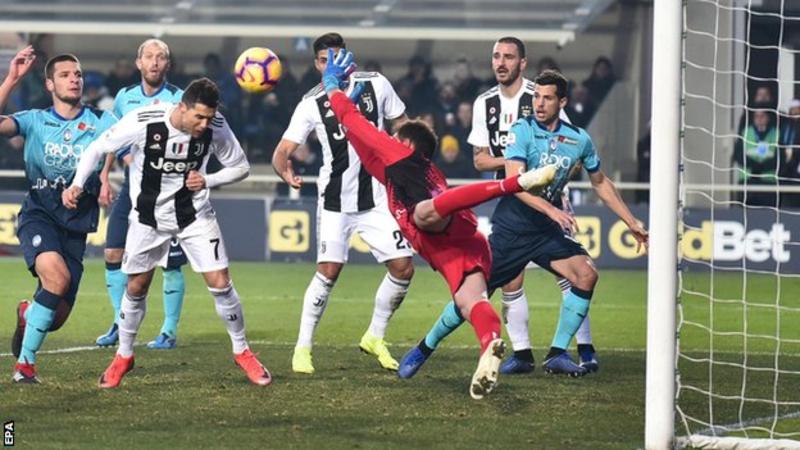 Cristiano Ronaldo scored a late equaliser to rescue a point for 10-man Juventus against Atalanta and maintain the champions’ unbeaten Serie A record.

Ronaldo, a second-half substitute, scored in the 78th minute, nodding in from close range from a corner.

Berat Djimsiti’s early own goal had put Juventus in the lead, before Atalanta’s Duvan Zapata struck twice either side of Rodrigo Bentancur’s sending-off.

It was the first time Serie A has played matches on 26 December.

Ronaldo started the game on the bench for the first time since joining the club for £99.2m in July, but took his tally to 12 goals in Serie A just 13 minutes after coming on.

It is just the second time leaders Juventus have dropped points this season.