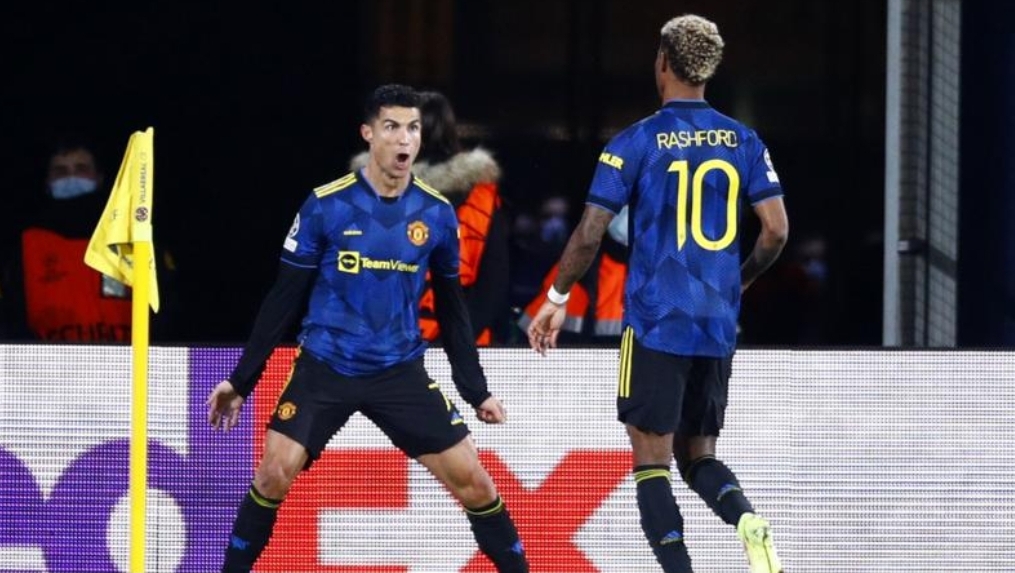 Cristiano Ronaldo and Jadon Sancho were on target for Manchester United in their 2-0 victory over Villarreal in the Champions League on Tuesday night.

United, who were thrashed 4-1 by Watford over the weekend, bounced back in a make or mar game in Spain to seal an important victory.

With the win, the Red Devils qualify for the round of 16 of the Champions League, as they are top of Group F with one round of matches left.

Super Eagles forward, Samuel Chukwueze played as a substitute for Villarreal, who are second on the group table, with Atalanta and Young Boys to play later in the day.

Ronaldo maintained his record of scoring in every game in this season’s competition when he lifted the ball over goalkeeper Geronimo Rulli in the 78th minute to put the visitors ahead.

Sancho then sealed the victory in injury-time when he blasted a shot that went in off the underside of the crossbar.

United were under the leadership of Michael Carrick, who was managing his first game as caretaker manager, following the sacking of Ole Gunnar Solskjaer on Sunday.

Osimhen ruled out for three months after undergoing surgery