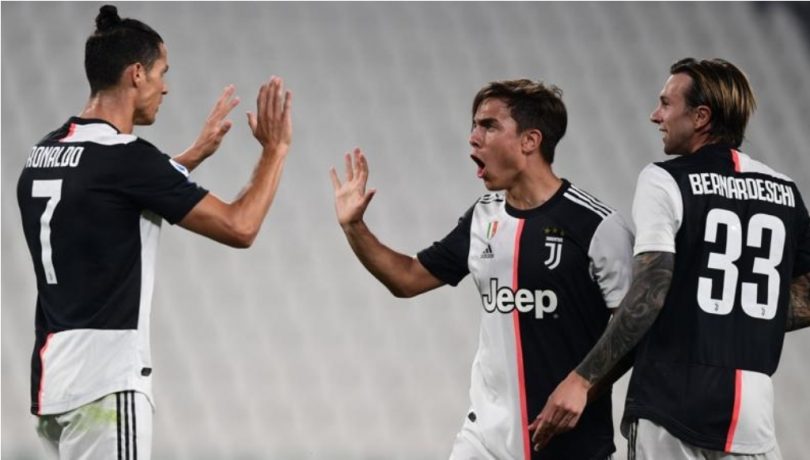 Portugal striker, Cristiano Ronaldo was among the scorers in Juventus 4-0 victory over Lecce in the Serie A on Friday night.

Ronaldo, who scored his 23rd goal of the season for Juve, did set up two others as Paulo Dybala, Gonzalo Higuain and Matthijs de Ligt also found the back of the net.

With the win, the Serie A leaders went seven points clear of second-placed Lazio, who have a game in hand for Saturday.

Leccee played most part of the game with 10 men as Fabio Lucioni was sent off for a foul in the first half before Dybala opened the scoring.

Juve are chasing a 9th consecutive Serie A title this season, with 10 games left till the end of the season.

Lazio, who are looking to end Juve reign in Italy, could reduce the deficit back to four points if they beat Fiorentina on Saturday.