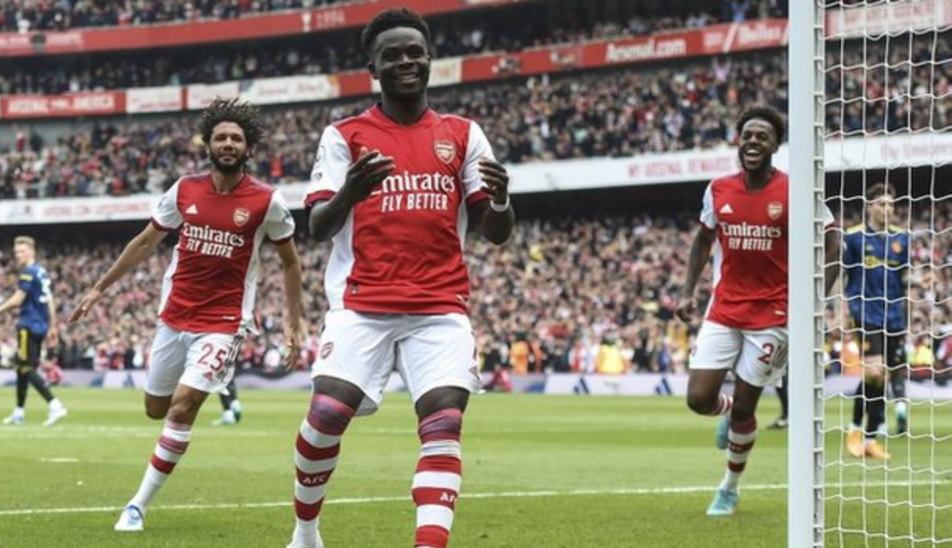 Cristiano Ronaldo scored on his return to the Manchester United matchday squad but the goal was not enough as they lost 3-1 to Arsenal on Saturday.

The Premier League encounter staged at the Emirates Stadium saw the Gunners boost their top four hopes with a big win over the Red Devils.

Arsenal had defeated Chelsea 4-2 in their previous game, which ended a three-game losing run.

Nuno Tavares put Arsenal in front after only three minutes following errors from Raphael Varane and Alex Telles before Bukayo Saka converted a penalty in the 32nd minute to put Arsenal 2-0 up.

Ronaldo gave the visitors hope in the 34th minute, but Granit Xhaka sealed the win by lashing home the Gunners’ third from 25 yards with 20 minutes remaining.

Arsenal have inflicted serious damage on any slim hopes United may have had of reaching the top four.

But the Mikel Arteta side maintained the pressure on north London rivals Tottenham in the battle to qualify for next season’s Champions League.

Osimhen crowned player of the month at Napoli