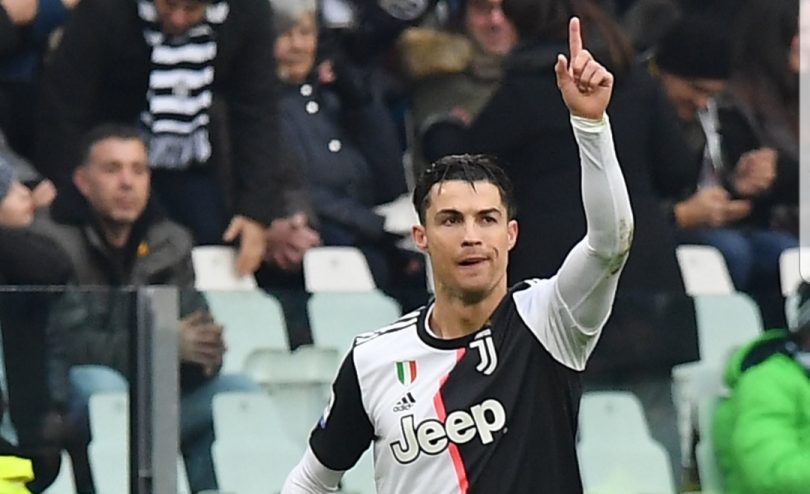 Cristiano Ronaldo scored his very first hat-trick for Juventus in the Serie A and his 56th career hat-trick in Juve’s victory over Cagliari in Serie A on Monday.

The Portuguese, who moved to the Italian champions from Real Madrid in 2018, scored three goals in the second half as Juve downed their visitors 4-0.

The former Manchester United forward becomes the first player since Alexis Sanchez to score a hat-trick in the Premier League, La Liga and Serie A.

Read Also: I attribute almost half my success to coach Amuneke — Osimhen

Ronaldo took advantage of a Ragnar Klavan error early in the 62nd minute to give Juve the lead, before scoring a penalty after Marko Rog fouled Paulo Dybala.

The 34-year-old Portugal legend then set up Gonzalo Higuain to put Juve 3-0 up.

And moments later he got his 56th career hat-trick when he slipped the ball under goalkeeper Robin Olsen.

Juventus overtake Inter Milan to go top in Serie A, but Inter can go back to the summit if they beat Napoli later on Monday.