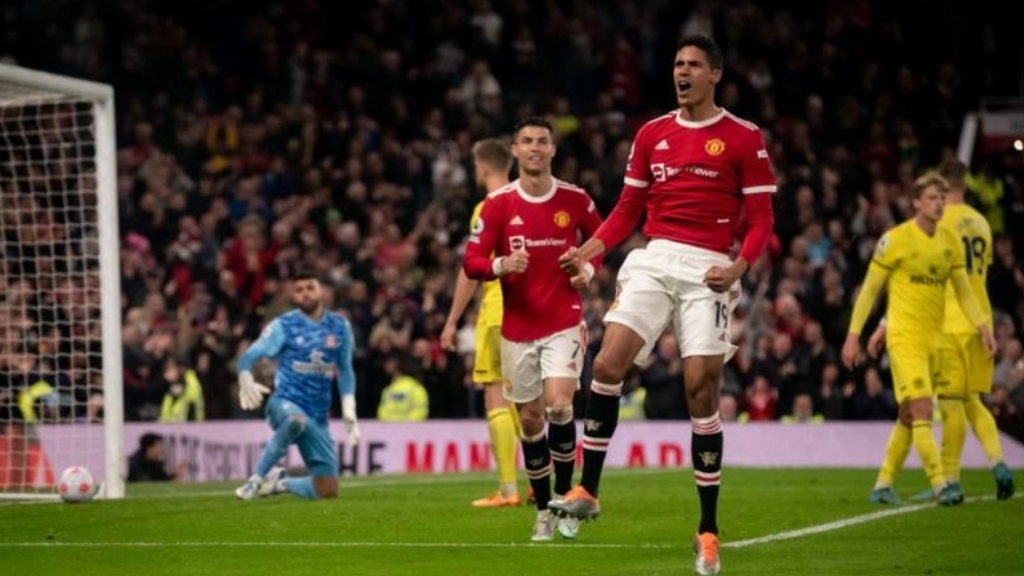 Cristiano Ronaldo was on target for Manchester United in their 3-0 victory over Brentford in a Premier League encounter on Monday night.

The game, played at Old Trafford, is the last home game for manager Ralf Rangnick, who already took a job with the Austrian national team.

Ronaldo netted the second goal of the game on the hour mark after his countryman Bruno Fernandes had opened scoring in the ninth minute.

Ronaldo had a goal disallowed but his counted effort moved him up to 18 Premier League goals this season, four behind Golden Boot leader Mohamed Salah of Liverpool.

Raphael Varane then scored his first United goal to wrap up the game as the Red Devils cruised to victory on home ground.

The result keeps alive United’s slender hopes of Champions League qualification at least until next weekend, while Brentford could still be relegated, even though they are on 40 points.