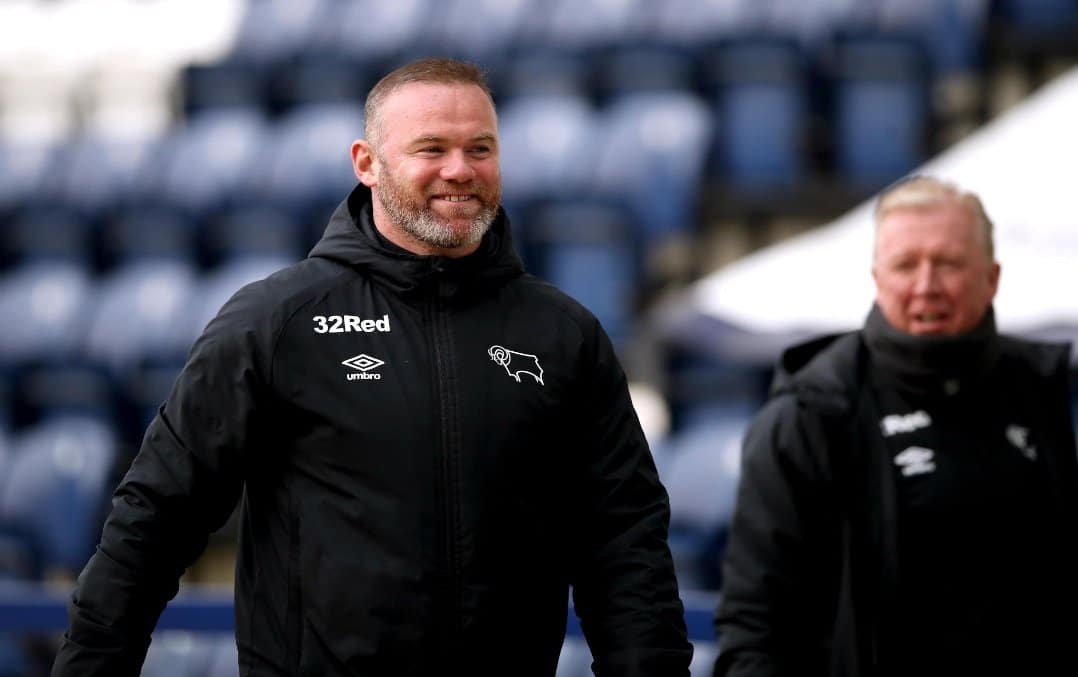 Wayne Rooney’s Derby County escaped relegation from the English Championship after a dramatic 3-3 home draw with Sheffield Wednesday on the final day of the season.

It was an incredible contest at Pride Park with Rooney’s side needing just the point to stay in the second division.

Rooney, who became manager of the side in January, said straight after the match that his side will “get better” next campaign

Derby battled back twice from losing positions on an unforgettable final day, as Martyn Waghorn was the hero.

Waghorn headed an equaliser after Sam Hutchinson put Wednesday ahead in first-half stoppage time before Patrick Roberts gave Derby the lead with a brilliant strike.

Callum Paterson levelled and Julian Borner restored Wednesday’s lead but Waghorn had the final say as he scored a late penalty after substitute Kamil Jozwiak was fouled by Chey Dunkley in the box.

The result means Derby finished in 21st position on 44 points just a point above the drop zone in the 24-team Championship table.

The three teams who are relegated to the third-tier are Wycombe Wanderers, Rotherham United and Sheffield Wednesday.