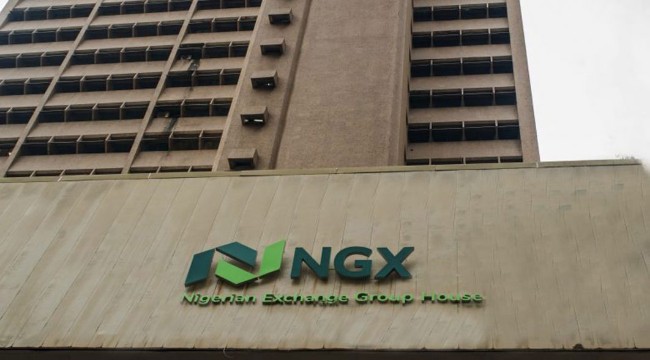 The Nigerian Stock Exchange went on break on Monday, January 2, 2023, due to the Public Holiday to mark the New Year celebration.

After resumption on Tuesday, the stock market reported over 921.856 million shares, worth N27.154 billion, were traded in 15,601 deals within four days.

After recording over 616.527 million shares traded on its floor, the Financial Services Industry, by measure of volume, led the activity chart, with the shares exchanged in 7,208 deals worth N6.452 billion.

Investors traded 450.338 million shares of FBN Holdings, BUA Cement and GTCO worth N17.203 billion in 1,862 deals. This accounted for 48.85 per cent and 63.35 per cent of the total equity turnover volume and value respectively.

John Holt stock gained N0.15kobo, ending the week with N0.88kobo per share, higher than the N0.73kobo it started with.

Nigerian Breweries saw its stock price rise by N6, to end the week with N47, in contrast to the opening price of N41.

Champion Brew share lose N0.86kobo, to settle at N4.64kobo, below the N5.50kobo it opened the week with.