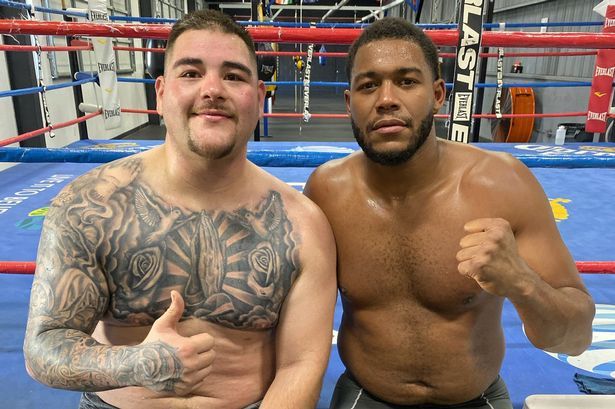 As his rematch with Anthony Joshua draws near, Andy Ruiz Jr says he is looking forward to getting past the Briton and facing Deontay Wilder next year.

Ruiz, called the Destroyer, shocked the boxing world by beating Joshua at short notice in June, winning all three belts of the former undefeated champion.

Both men will hit thenring again in December 7 rematch in Saudi Arabia, with Ruiz having a chance to retain his belts and facing WBC champion, Wilder in a unification bout.

“My focus is on December 7 and I need to win that fight about Anthony Joshua and that’s the most important fight right now,” he told iFL TV.

Read Also: After losing to China, Nigeria & Egypt in make or mar ties in Tokyo

“But I would love to fight Wilder, even though he’s a good friend of mine.

“Me and him control the heavyweight division, we’re in the same team as well and we’re both signed by Al Hayman.

For Wilder, who is keen to unify the heavyweight division, a fight with Ruiz is more exciting than Joshua.

“This is a gladiator’s sport, this is a man’s sport and I’m a grown man and I don’t have time for games. Being that Ruiz is under the same stable as I, a much easier fight to make, and I think an even more exciting fight as well,” the WBC champi8ns said elsewhere.

Wilder is only weeks away from fighting Luis Ortiz for a second time with his WBC heavyweight title on the line.