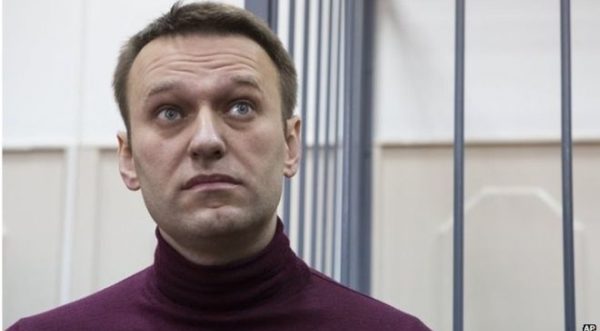 According to reports, the Russian billionaire has been reportedly linked with Paul Manafort, President Donald Trump’s former campaign chairman who has been indicted in U.S. special counsel Robert Mueller’s investigation into Russian meddling in the 2016 U.S. election.

The move proves that authorities in Russia seem to be clearing their lines just as Trump seems to be doing in his bid to cover whatever trace there is over a possible alliance with Moscow to influence the 2016 presidential elections.

Russia’s blocking of Navalny’s investigation comes about a week after the opposition leader was arrested and later released for staging and taking part in an anti-government protest in the capital of Moscow.

Navalny joined nationwide protests he organised demanding fair presidential election but got a rough treatment in the hands of policemen who were positioned at the venue of the demonstrations to curtail any violence.

A video which later gathered traction on social media showed several policemen wrestling him to the ground before dragging him into a police bus.