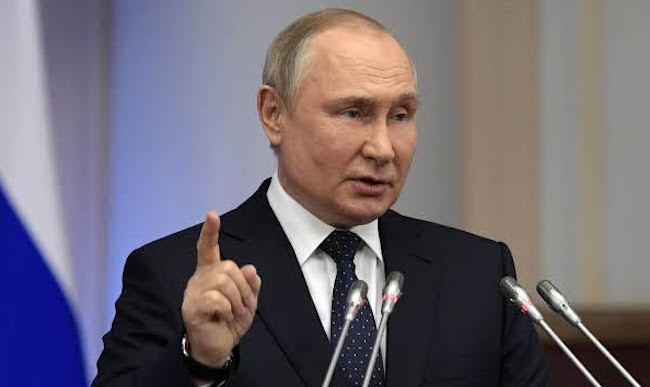 Russia has expelled dozens of diplomats from France, Italy and Spain in retaliation for the expulsion of its diplomats by European countries protesting its invasion of Ukraine.

A statement by Russian Foreign Ministry on Wednesday said Moscow was expelling a total office 85 embassy staff in response to similar moves from the three European nations.

The ministry said 34 employees of French diplomatic missions had been given two weeks to leave the country.

The announcement came after Moscow summoned France’s Ambassador to Russia, Pierre Levy, and told him that the expulsion of 41 employees of Russian diplomatic missions was a “provocative and unfounded decision.”

27 employees of the Spanish Embassy in Moscow and the Spanish Consulate General in Saint Petersburg were also declared persona non grata and asked to leave Russia in seven days.

READ ALSO: Russia withdraws from Council of Baltic Sea States over opposition to war with Ukraine

“The Russian authorities justify this decision on the basis of reciprocity for the expulsion of 27 Russian embassy officials in April. But that expulsion was based on justified security reasons, which are not present in this case,” a Spanish Foreign Ministry statement said while condemning the Russian action.

While announcing the expulsion of Italian envoys, a Russian Foreign Ministry spokeswoman, Maria Zakharova, said 24 diplomats had also been expelled.

The Italian Foreign Ministry in a statement, also confirmed the expulsion of members of the country’s diplomatic and consular representatives and of the Italian Trade Agency office in Russia.