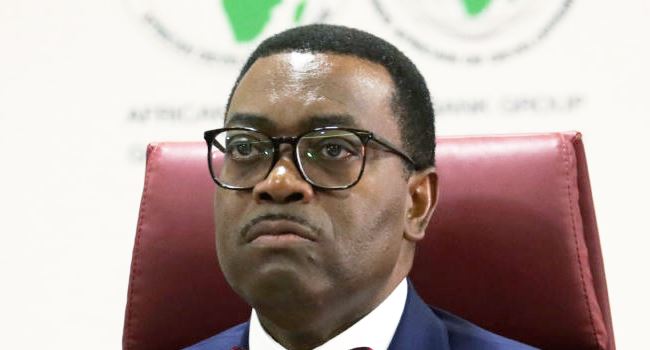 In a bid to avoid food crisis in Africa, induced by Russia and Ukraine war, 40 million farmers in Nigeria and Africa will receive financial support worth $1 billion from the African Development Bank (AfDB).

The bank said the ongoing war between Russia and Ukraine has the potential of creating a food crisis, considering the $4 billion trade Africa has with Vladimir Putin’s country is 90 percent of wheat.

While wheat accounts for about half of the $4.5 billion trade between Africa and Ukraine. The three weeks-old war is expected to disrupt production and exportation of the grain into Nigeria and the continent.

Ripples Nigeria had previously reported that the war could cause maize and wheat scarcity, with Africa’s richest man, Aliko Dangote, asking a ban on exportation of the grains.

According to AfDB’s president, Akinwumi Adesina, now is the time for Africa to improve its food production, and he believes the $1 billion financing would provide necessary support to ramp up production.

READ ALSO: Ukraine joins over 10 other countries to legalise cryptocurrency

Part of the fund will be disbursed into climate-resilient technologies, to enable the farmers increase heat-tolerant wheat varieties and other crops’ output.

“We are going to be really ramping up our efforts to mobilise that money,” Adesina told Bloomberg Quint on Wednesday, adding that, “If there was ever a time that we needed to really drastically raise food production in Africa, for Africa’s food security and to mitigate the impact of this food crisis arising from this war, it is now.”

Adesina said Ethiopia has already ramped up wheat production, and within three years, the African country would be self-sufficient, with surplus from production exported to Egypt and other countries.

Related Topics:#featuredAfBDUkraine Russia war
Up Next