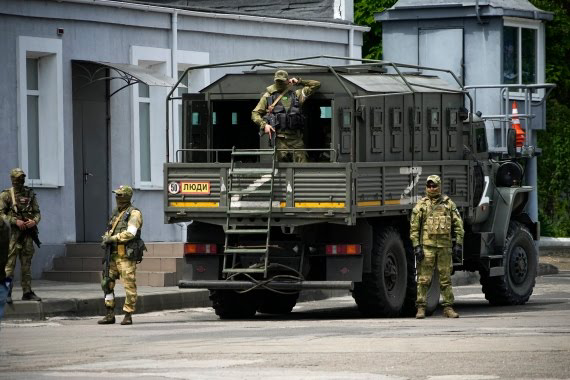 The Russian Ministry of Defence has announced the complete withdrawal of its troops from the occupied Ukrainian city of Kherson in fulfillment of its promise on Wednesday that its military will begin a phased pullout of troops.

The Ministry, in a statement on Friday, said the “redeployment” of troops which means “withdrawal” of forces to the eastern side of the Dnipro River has finished.

In its daily update, the military said that there were no losses of personnel, weapons or military equipment and that no hardware was left behind during the withdrawal.

“At 05:00 Moscow time today, the redeployment of Russian units to the left (eastern) bank of the Dnipro River was completed.

“During the redeployment, not a single piece of military hardware or weaponry was left behind.

“All Russian service personnel were moved across, there were no losses of men, hardware or materiel of the Russian forces group.“

The Russian military hierarchy had ordered the withdrawal on Wednesday after it said attempts to maintain its position and supply troops were “futile” in the face of a mounting Ukrainian counteroffensive.