Russian woman marries 'Briefcase', calls it her friend, mentor, and love of her life | Ripples Nigeria 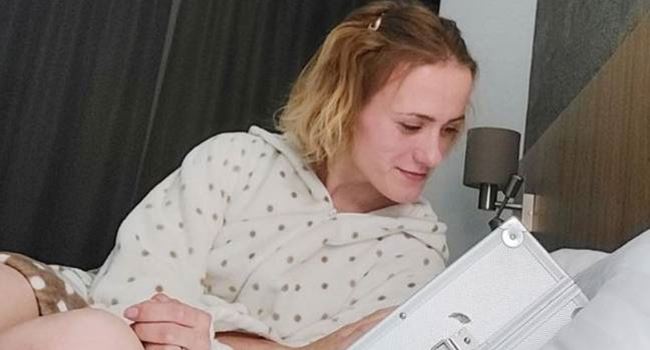 A 24-year-old Russian woman, Rain Gordon, has gotten married to a Briefcase after she claimed she feels comfortable and attracted to inanimate objects.

Rain said the Briefcase which she has christened Gideon, and her new ‘husband ‘ is her best friend, mentor and the love of her life.

Rain told Mirror that though she has had relationships with men in the past, she has never felt any closeness to them but feels more connected to objects.

According to Rain, her attraction for objects began when she was only eight years old and she has not been able to get out of it since then.

She said she has a rare condition called ‘objectophilia’ which is the condition where a person is romantically or sexually attracted to an object.

The wedding ceremony between Rain and Gideon the Briefcase, according to her, was held in June and was officiated by her friend in Moscow.

Opening up on why she got married to a Briefcase, Rain said she wants to break the stigma around objects as sexual, while also raising awareness about them.

Rain recalled that she bought her ‘husband’ at a hardware store about five years ago as a prop for a photoshoot.

Her relationship with the Briefcase became official in November 2015 and she has been “with Gideon since then.”

Rain said she believes in animism which means that there is life in everything.

“From my childhood, I believed that a soul is embedded in objects, as well as everything around us.”

She also revealed that she fell in love with a new shopping centre which opened in her city. However, at that point, Rain did not tell anyone about it because she knew it was beyond the norms of the society.

Speaking about her relationship with the Briefcase, she said that she did not “have any idea that she would end up together with Gideon.”

“But then I started liking Gideon for more than that. I slowly realised I was starting to fall in love,” said Rain who is a nursery school teacher.

She claims that she and Gideon do have philosophical conversations for three to four hours every day.

“We also shared hugs and kisses and spent more time together in evenings and nights.

“Gideon is more than just a partner to me. He is a husband, a friend and a mentor.

“Gideon knows me better than I even know myself.”

Rain also confessed that she got into a relationship with a man in 2017 but could not connect with him in the same way that she does with Gideon.

Rain has received support from her brothers and friends who have been understanding about the relationship.

Speaking about the backlash she faces for her attraction to objects, Rain said:

“To ridicule and humiliate us for the fact that the ones we love are not like everyone else is disgusting. Love is a thing of the mind and Gideon and I are madly in love.

“Our marriage will last forever because he will never cheat on me and I won’t ever cheat on him,” she concluded.

Related Topics:Rain Gordon
Up Next