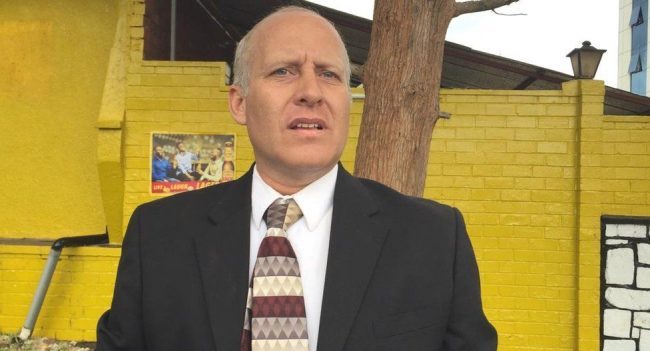 Authorities in Rwanda have arrested and detained controversial pastor Greeg Schoof some minutes after he was about to address a packed press conference in the capital of Kigali.

According to police spokesman, John Bosco Kabera, pastor Scoof was arrested for holding an “illegal meeting with journalists in a public space” without prior permission.

Before his arrest, pastor Schoof said he had been denied access to a venue he had booked to give a press conference and as he stood outside complaining to journalists, police arrived and arrested him.

In a press release entitled Before I leave, Schoof said the Rwandan government “has taken a stand against God with its heathen practices”.

Recall last year that pastor Schoof’s owned a Christian radio station, Amazing Grace Radio FM, was banned after it was accused of promoting division in the country.

The radio station had caused widespread anger last year after a local pastor said on-air that women were “dangerous creatures of evil, going against God’s plans”.